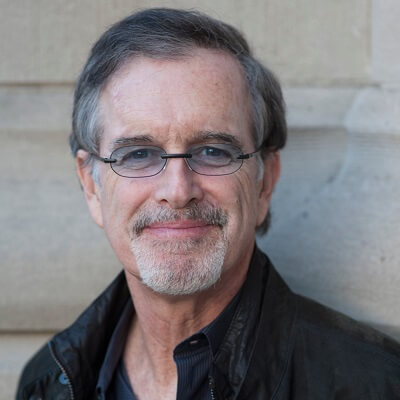 Garry Trudeau is a married man. He is happily married to Jane Pauley. She is a popular American television journalist and author well-known as the anchor of CBS Sunday Morning.

After dating for some years, the couple exchanged wedding vows on 14 June 1980. As of 2020, they have been happily married for over 40 years.

From their marriage, they have three children. In 1983, Jane gave birth to twins Ross and Rachel. Three years later, in 1986, she gave birth to their youngest child, Thomas.

Who is Garry Trudeau?

He was born to parents Jean Douglas (mother) and Francis Berger Trudeau Jr (father). Garry is one of their two children and has a brother named Michelle. He is a journalist.

Regarding his educational background, Trudeau went to St. Paul’s School in Concord, New Hampshire. After graduating, he joined Yale University in 1966. Majoring in art, she initially focused on painting, but soon transferred to the graphic arts.

After his graduation, the Universal Press Syndicate’s editor, James F. Andrews, recruited Garry Trudeau and changed the strip’s name to Doonesbury. It is now syndicated to 1,000 daily and Sunday newspapers worldwide.

In 1975, he made history by becoming the first comic strip artist to win a Pulitzer. Moreover, he was also a finalist in 1990, 2004, and 2005. Some of his other awards include the National Cartoonist Society Newspaper Comic Strip Award, the Reuben Award, and has also received 35 honorary degrees.

In 1988, he wrote and co-produced HBO’s critically acclaimed, ‘Tanner ’88’ which was a satiric look at the 1988 presidential election campaign. The show went on to receive the gold medal for the British Academy Television Award for Best Foreign Program, Best Television Series at the Cannes Television Festival, and Best Imported Program from the British Broadcasting Press Guild. Moreover, it earned four ACE Award nominations and an Emmy Award. In 2004, he wrote and co-produced a sequel mini-series to Tanner ‘88 titled, Tanner on Tanner.

In 2013, he created, wrote, and co-produced a political sitcom titled Alpha House revolving around four Republican U.S. Senators. Due to a positive response on the pilot, Amazon picked up the show and developed it into a full series with eleven episodes for its first season.

Garry stands at a height of 5 feet 11 inches. He has not revealed his weight. His hair color is brown and similarly, his eyes are also brown in color.

Throughout the years, Trudeau has received criticism on various topics. The Saturday Review voted him one of the “Most Overrated People in American Arts and Letters” after his hiatus.

Moreover, his acceptance speech on receiving a Polk Award in 2015 for lifetime achievement also stirred controversy. He had criticized the cartoonists of Charlie Hebdo as they had been murdered execution-style in their own Paris offices by Muslim terrorists.

The editors of the New York Post labeled him a “terror apologist” for his comments.

You may also like to read more about the Bio, Career, Net Worth, Relationships, and more about Raina Telgemeier, Nina Paley, Jeff Kinney, and more.