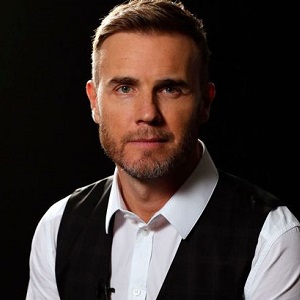 I don't think you'll ever be happy about anything unless you've done it.

I'm not a good time-off person. I'm awful on holiday. It comes from having that period when I didn't work. That really was the worst bit.

I might do 'X Factor' next year. It's looking good that I won't get the sack at Christmas.

Gary is a married man. Back in 2000, he tied the knot with the beautiful lady, Dawn Andrews. They met when Dawn was performing as a dancer in his band’s album tour.

They are happily living their marital life together sharing an incredible bond.

Who is Gary Barlow?

England-born Gary Barlow was born on . He is an English national. Gary is a lead singer of the British pop band named, “Take That”. Similarly, he also plays piano and keyboard. Furthermore, Gary is also a Talent show judge and a record producer. He is active in this entertainment field since 1986.

Presently, he is a famous personality for judging the talent show, “The X Factor UK” and as the singer of the band, “Take That”.  Also, he was the head judge of the show, “Let It Shine” in 2017.

Gary was born on January 20, 1971, in the market town, Frodsham in Cheshire in England.

He was born to the parents, Colin(father) and Marjorie Barlow(father). According to him, music intrigued him from a very young age. He learned piano at the age of 10. He was born in early 70’s. And that makes him 46 years as of now. At the age of 15, he entered a Christmas song competition show in BBC’s “Pebble Mill at One”.

He attended Weaver Vale Primary School. Afterward, he enrolled at the Frodsham High School in 1982.

Gary from his teenage period started touring and performing songs in England. Discussing his professional music career, Nigel Martin-Smith hired him to form a boy band named, “Take That”. The band was formed in 1989. Along with the band, he released many albums like “Take That & Party”, “Everything Changes”, and “Nobody Else”. But in 1996, the band got dispersed. It took a long decade for the boys to get back in the band in 2006. Gary is known for his song-writing ability. Currently, he is still the singer of the band and released the album, “Wonderland” in 2017.

Apart from the band, he is also a TV personality and an actor. He acted in in the ITV1 drama “Heartbeat”. Similarly, he is set to feature in the film, “Star Wars: The Last Jedi” in December 2017. Additionally, he also worked as the head judge of talent shows like, “The X Factor”, and “Let It Shine”.

Gary Barlow: Salary and Net Worth

As per his salary, it is no wonder that he earns in six figures as his salary. Consequently, he adds up his estimated net worth around $90 million.

Gary has been part of the controversy. Previously, in 2012, authorities accused him of tax avoidance by investing in music industry investment schemes. Other than, he is clearly off any criticism or controversy.

Gary has an average height of 5 foot 9 inches. His hair color is light brown and he has blue colored eyes. He wears a shoe size of 10(UK). His weight is unknown.