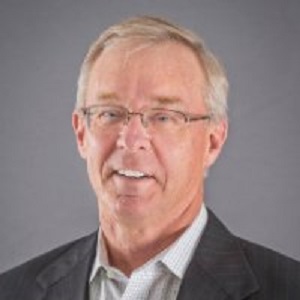 Gary Bender has kept his personal life away from the media. He is married to Linda Bender for a long time. Their marriage date is unknown. The couple has two children together named Trey Bender and Brett Bender.

Gary and Linda have been married for a long time now and their relationship is going very well.

Who is Gary Bender?

He also worked with CBS Sports and ABC Sports.

Talking about his early life, he was born on September 1, 1940, in Norton, Kansas, USA. There is no information about his father and mother. He spent his childhood and early life in a nearby town of Ulysses, Kansas.

He prefers people focusing on his work rather than his personal life. His nationality is American and he is of Caucasian ethnicity.

Gary completed his education from Ulysses High School in 1958. After that, he attended Wichita State University. From there, he graduated with a journalism degree in 1962.

He then graduated from the University of Kansas with a master’s degree in 1964.

Gary Bender began his broadcasting career as a game announcer at Hutchinson Community College. In the 1960s, he did the same job at the University of Kansas‘ football and basketball programs.

After that, he worked as a broadcaster in Wisconsin for two years. In 1975, he joined CBS Sports. He then worked as CBS’ first play-by-play announcer for the network’s coverage of the NCAA Division I Men’s Basketball Tournament.

As an ABC’s announcer, he did play-by-play for the American League Championship Series in 1988.  He left ABC in 1992. After that, he called NFL games for TNT from 1992 to 1994. Gary worked 18 years as the television play-by-play announcer on Fox Sports Net.

After calling the NBA’s Phoenix Suns games on April 13, 2011, he officially retired. Gary co-wrote the biography Call of the Game with Michael Johnson.

This former reporter’s net worth was estimated at around $6 million.

As per the records, a sportscaster’s average salary is between $18k-$75k per year.

His eye color is hazel blue and hair color is blond.