Gary Cole is an actor who gave voice in series ‘Harvey Birdman’, Attorney at Law’, and ‘Kim Possible’. He is not dating anyone.

Gary Cole is a divorced man.

Previously, he was married to an actress, Teddi Siddall on March 8, 1992, and they welcomed a daughter, Mary. She is currently pursuing her acting career.

The couple could not hold the relationship and end with divorce on June 19, 2017. He is not dating anybody since as per the reports. 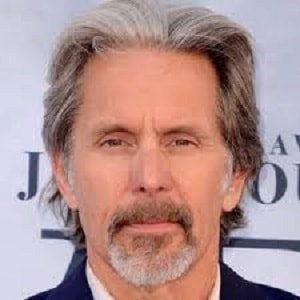 “I miss everything about Chicago, except January and February.”

Who is Gary Cole?

Gary Cole is an American actor and voice actor. He is famous for his voice of the title character on the Adult Swim series ‘Harvey Birdman’, Attorney at Law’, and Dr. James Timothy Possible on ‘Kim Possible’. His TV series performance includes in ‘Midnight Caller’, ‘American Gothic’, ‘Crusade’, ‘The Good Wife’, ‘Veep’ and most recently ‘Chicago Fire’.

He was born on September 20, 1956, in Studio City, California, USA. His birth name is Gary Michael Cole and he is currently 65 years old.

He holds American citizenship but his ethnicity is English, German, French-Canadian.

He attended Rolling Meadows High school and made his acting debut as Snoopy in a high school production of ‘You’re a Good Man, Charlie Brown’. And later he joined Illinois State University and studied theatre as a classmate with other future actors Laurie Metcalf and John Malkovich.

Gary debuted his professional career as a stage actor in ‘Cahicago’ in 1983 and joined the ensemble of the Steppenwolf Theatre Company in 1985. He played the role of accused Army triple-murder Capt Jeffrey MacDonald in the miniseries ‘Fatal Vision’.

He had made his notable guest appearances on ‘Law and Order: Special Victims Unit and ‘Arrested Development. His other roles include Joe Maxwell in ‘Cadet Kelly’, Edgar Mitchell in ‘From the Earth to the Moon’, General Custer in ‘Son of the Morning Star.

He became more famous after playing the role of Jack ‘Nighthawk’ Killian in the series ‘Midnight Caller’ between 1988 and 1991. He portrayed the role of Bill Lumbergh in the film ‘Office Space’.

His other roles include as Mike Brady in ‘The Brady Bunch Movie’, as Lt. Conrad Rose in the TNT series ‘Wanted’, as Sheriff Lucas Buck in ‘American Gothic’, as Wayne on ‘Desperate Housewives, as Ted Jones in ‘Pineapple Express, as S.W.A.T. commander Cameron Luntz in the series ‘Psych’, etc.

Gary made his guest appearance on the fourth season of the HBO series ‘True Blood’ where he played as Sookie Stackhouse’s grandfather and began a recurring role as Cameron Dennis on ‘Suits’, as Kent Davison on the HBO series ‘Veep’, and provided the voice of Sergeant Boscoe on ‘Bob’s Burgers’ and Principal Shepherd on ‘Family Guy.

He was nominated for the Primetime Emmy Award for Outstanding Guest Actor in a Comedy Series in 2013 for his work in the series ‘Veep’.

As of 2022, he has an estimated net worth of around $5 million and his main source of income is from his professional career.

There is no rumor and controversy heard about his personal and professional life.

He has a height of 5 ft. 11 inches and weighs 85 kg. And he has got blonde color hair and blue eyes. Other information about his shoe size, dress size, etc. is not available.

American actress Teddi Siddall dies at the age of 64! Know about her married life and children