Updated On January 29, 2023 | Published By: Jacob Smith
Share this
In Relation 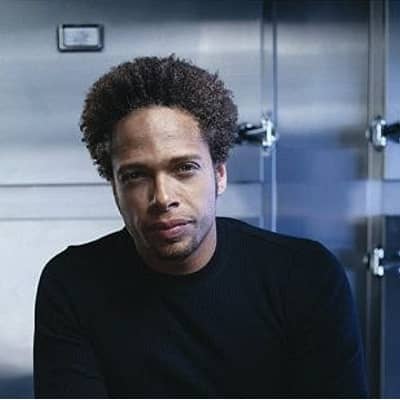 I'VE NEVER LIKED BOXES, I'VE ALWAYS TRIED TO BE UNCONVENTIONAL AS MUCH AS I POSSIBLY COULD."

What is the relationship of Gary Dourdan?

Since 2008, Gary Dourdan and Maria Del Alamo have been in a long-term relationship.

He has two children a son, Lyric, with Cynthia Hadden, and a daughter, Nyla, with Jennifer Sutton, whom Dourdan dated from 1995 to 2000.

Who is Gary Dourdan?

Dourdan is also an alternative musician and record producer with a couple of solo albums to his credit and made an appearance in Janet Jackson’s 1993 music video for the hit song.

Gary was born on December 11, 1966, in Pennsylvania, USA. The son of Sandy Durdin(mother), a teacher and fashion designer, and Robert Durdin(father), an entrepreneur and agent for jazz musicians.

Dourdan is the second youngest of five children. When he was 6 years old, his older brother Darryl was murdered while on vacation in Haiti, but the case remains unsolved.

He moved with his family to Willingboro, New Jersey when he was in his youth. At this time his interests included acting, music, and martial arts. Later Dourdan moved to New York City and worked as a doorman at a rehearsal studio, where he met some of Manhattan’s promising young artists.

Before his acting career, Dourdan previously worked as a model and as an attendant for celebrity events. Dourdan played in several bands in New York City in the early 1990s and acted in regional theatre around the tristate area.

He received his first break when Debbie Allen cast him as Shazza Zulu on A Different World, based on a tape of him in an avant-garde play.

In 1996, Dourdan appeared in the Lois & Clark: The New Adventures of Superman episode “Never On Sunday”, where he played an assistant. In 1997, Dourdan played the character Christie, the first mate, crack-shot, and second in command of the spaceship Betty, in the film Alien Resurrection.

He also appears in the films Playing God and Thursday, on television starred in the Dick Wolf production Swift Justice and played a recurring role on the Showtime series Soul Food until he nabbed the part of Warrick Brown on CSI: Crime Scene Investigation. In 2007, he played the character Cameron, the boyfriend of Rowena Price (played by Halle Berry), in the film Perfect Stranger.

How much does Gary Dourdan earn?

Gary has earned a decent amount from his profession working as an actor. It is reported that Dourdan has an estimated net worth of $500 Thousand US dollars as of 2022.

He also collects classic cars and was featured on Season 1, Episode 3 of Street Customs.

He has been arrested twice for possession of drugs, once in 2008 and then in 2011. Later in 2011, he was again arrested for breaking his girlfriend’s nose and placed on five years’ probation.

What are the body features of Gary Dourdan?

Dourdan has decent looks and an admirable personality. He stands at a height of 6 feet 2 inches and has an average weight of 72 Kg.

Furthermore, He has green pair of eyes whereas his hair is dark brown.