Updated On November 15, 2022 | Published By: Gracie Hale
Share this 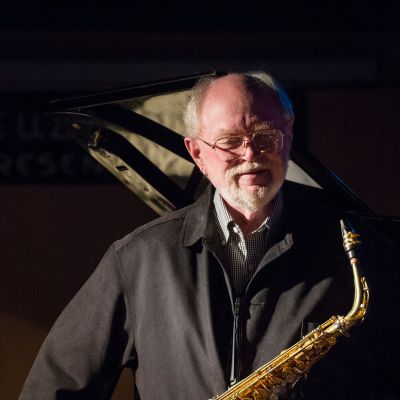 What is the relationship of Gary Foster?

Gary Foster keeps a low-key profile when it comes to his personal life. His relationship status isn’t identified whether he is single, married, or already divorced.

Who is Gary Foster?

Gary Foster is an American musician and educator. He has been engaged in the film, television, and music industries for five decades. To date, Foster performed on over 500 movie scores with over 200 orchestras.

According to his birth date, he is 85 years old. His Sun sign is Taurus. Gary hasn’t yet disclosed his parent’s and other family members’ details in the media.

He holds an American nationality whereas his ethnicity is unknown at the moment.

Talking about his education, he attended Leavenworth High School where he founded his first musical inspiration, Olin Parker who is his school music director. Olin introduced him to the music of Count Basie and Woody Herman.

In the year 1961, Gary moved to Los Angeles to pursue his career as a jazz musician. He was a member of the 16 piece jazz big band, The Toshiko Akiyoshi from 1973 until 1982. He also worked in the reed sections of big bands led by artists like Louis Bellson, Marty Paich, Ed Shaughnessy, Clare Fischer, and Mike Barone.

In the late 1960s, he was credited for several seasons of The Carol Burnett Show, which won several Emmy Awards. Similarly, his movie credits include Monsters, Inc., Ice Age, Elf, Meet the Fockers and The Haunted Mansion. Foster has performed regularly for various concerts such as  Los Angeles Philharmonic, the Los Angeles Chamber Orchestra, the Los Angeles Opera Orchestra, and the Hollywood Orchestra.

Gary received the Most Valuable Player Award for woodwind doubling from The Recording Academy.

The musician is active in the music industry since 1961. To date, he might have accumulated an impressive amount of fortune throughout his successful career.

However, as of 2022, he hasn’t revealed his exact net worth, salary, and other earnings in the media.

Gary has managed to maintain a clean profile. Throughout his music career, he has never been part of any sorts of rumors and controversy that create headlines in the media.

Talking about Gary’s physical appearance, he has a brown pair of eyes, and his hair color is salt and pepper.

His height, weight, and other body measurement aren’t available in the media.

What happened to Celeste Beard? Where are her daughters today?