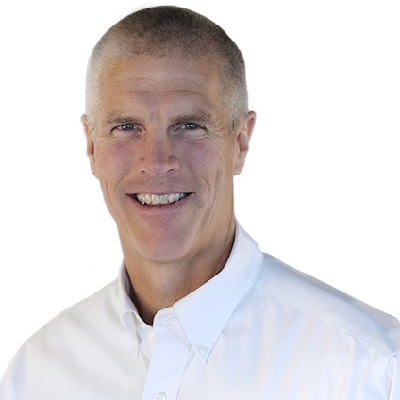 Gary Hogeboom is happily married to his wife, Kristi. The couple had been married together for over 24 years.

Together, the couple is blessed with four children; Heidi, Jake, Kasi, and Jami.

Who is Gary Hogeboom?

American Gary Hogeboom is a MAC Offensive Player of the Year-winning former football player. Hogeboom is renowned for his offensive playing style.

Currently, he is practicing as a private real estate developer.

Gary Hogeboom was born on 21st August 1958 in Grand Rapids, Michigan. His birth name is Gary Keith Hogeboom. He is of Dutch-Belgian ethnicity.

Moving to his academics, he completed his High School education at Northview High School. At High School, he learned to play basketball and football.

Later, he joined Central Michigan University with a football scholarship.

– He started his professional career as a footballer in the 1980 NFL Draft with the Dallas Cowboys. Within two seasons, he became the third-string quarterback.

– In 1986, the Cowboys traded him to Indianapolis Colts. He got injured during a tackle against Albert Bentley and Lyle Blackwood.

– In 1988, he got demoted with the rookie Chris Chandler. Most of the time, he spent on the bench. Eventually, at the end of the season, the team left him under the Plan B Free Agency.

– The following year, he played for a signed 4-year contract with Phoenix Cardinals. He completed the season with 2,591 passing yards, 19 interceptions, and 14 touchdowns. However, the team waived him.

– In 1990, he joined Washington Redskins as a free agent. After the season, he took retirement from Football.

In the year 2005, he made his appearance in the reality TV series, Survivor: Guatemala as a contestant. From the series, he got eliminated on the 30th day.

At the current moment, he is pursuing his career as a private real estate developer in his hometown. Also, he is associated with the Grand Haven High School as a basketball coach.

Besides that, as a Basketball coach, his earnings range from $27k to $51k.

Back in 1989, he signed a 4-year contract with Phoenix Cardinal worth $3.27 million making him the highest signed player of the time.

He has blue eyes with light hair. He stands at a height of 6 feet and 4 inches and weighs around 93 kg.

Talking about his appearance, he has a charming persona with a long-shaped facial feature.

You may also read the bio, age, parents, career, net worth, salary, and social media of Ben Foster, Devin Lucien, and Sela Ward.