Gary LeVox is an American singer and songwriter. Gary LeVox is married to Tara Vernon, They have two daughters together: Brittany Kay Vernon and Brooklyn Leigh.

Gary LeVox is a married man. He is married to Tara Vernon. The pair married on 15 May 1999. They have two daughters together: Brittany Kay Vernon and Brooklyn Leigh Vernon. 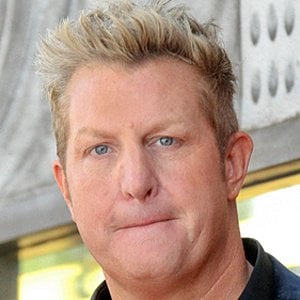 Who is Gary LeVox?

LeVox was born as Gary Wayne Vernon, Jr. in Columbus, Ohio on July 10, 1970. He developed a keen interest in the world of music as a child. He is of American nationality. Furthermore, he belongs to the mixed ethnic background of English, German, Irish, Scots-Irish, French, and Croatian.

LeVox performed in a play at his church at the age of eight. In addition, he also worked in his local burger bar from age 14. After moving to Nashville, Tennessee in 1997, he and Jay DeMarcus started out together in singer Chely Wright’s band. Additionally, they later formed ‘Rascal Flatts.’

With ‘Rascal Flatts’ LeVox has released several albums. Some of the band’s albums are ‘Melt’, ‘Feels Like Today’, ‘Me and My Gang’, ‘Still Feels Good’, ‘Unstoppable’, ‘Nothing Like This’, ‘The Greatest Gift of All’, and ‘Back to Us’ among others.

LeVox won the People’s Choice Award in 2007 that he shared with Jay DeMarcus and JoeDon Rooney.

LeVox has not revealed his current salary. However, he has an estimated net worth of around $ 50 million at present.

LeVox was part of a controversy after his band got banned early in their career after one of their music videos was considered too explicit for TV. At present, there are no rumors concerning LeVox and his career.

Talking about his body measurement, LeVox has a height of 6 feet 1 inch. Additionally, his hair color is blonde and his eye color is blue.