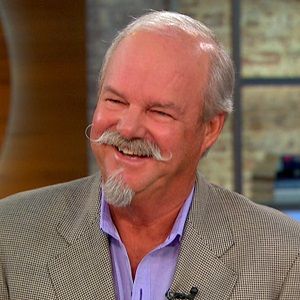 What is the relationship of Gary McCord?

Gary McCord is a married man. He is married to Diane. The couple decided to marry after dating for several years. They married a long time ago. There is no information about the exact marriage date.

Similarly, Gary has a child named Krista. They are a happy couple and live together happily in Paradise Valley, Arizona, and Edwards, Colorado. There is no news of their divorce.

Who is Gary McCord?

The American professional golfer, commentator, and author Gary McCord is formerly served as a co-announcer on the EA Sports’ Tiger Woods PGA Tour series along with David Feherty. Similarly, as a golfer, he has 3 professional wins: Web.com Tour and 2x PGA Tour.

He was born on 23rd May 1948 in San Gabriel, California. His birth name is Gary Dennis McCord and there is no information about his parents and siblings.

Likewise, he belongs to American nationality and his ethnicity is unknown.

Talking about his education, he graduated from Ramona High School in Riverside. After that, he completed his education from the University of California, Riverside in the year 1970.

Talking about his career, he was a two-time Division II All-American for the UC Riverside Highlanders of the University of California, Riverside. He played in 400 PGA Tour events but never won. His best two finishes on the PGA Tour were at the Greater Milwaukee Open, placing second in both year 1975 and 1977.

Similarly, he was involved in an embarrassing episode during the year 1984 FedEx St. Jude Classic in Memphis. Later, when lining up a putt on the 15th green, his pants split open, exposing his backside as he was not wearing any underwear. He wrapped a towel around his midriff and went off to find a replacement pair of pants.

Likewise, at the age of 37 in the year 1986, Gary McCord joined CBS Sports as a golf analyst, a capacity in which he remains. Aside from his CBS commentary duties, he also plays a limited schedule on the Champions Tour. Similarly, he has also written two books, Just a Range Ball in a Box of Titleist and Golf for Dummies. In the year 1996, he appeared as himself in the Kevin Costner movie Tin Cup, a movie he says is based on his life.

Further,  he and fellow CBS commentator Peter Kostis are partners in the Kostis/McCord Learning Center in Scottsdale, Arizona. He formerly served as a co-announcer on the EA Sports’ Tiger Woods PGA Tour series along with David Feherty.

He won the 1970 NCAA Division II Championship. Similarly, in 1991, he won the Gateway Open on the Ben Hogan Tour, the second-tier golf tour in the U.S., now called the Web.com Tour.

The estimated net worth of Gary is $1.5 million as of 2022. He might have earned a huge amount of money from his golf career. But he has not disclosed his salary and income. In his golf career, he had a total earning of $662.350. Similarly, he also earned from his career as an author from his books.

There is no any big rumors and controversy of Gary. He is successful in maintaining his life away from rumors.

Gary McCord has a height of 6 feet 2 inches and his weight is almost 86 kg. Similarly, his hair color is salt and pepper and he has blue color eyes.