Updated On November 15, 2022 | Published By: sanu
Share this
Married 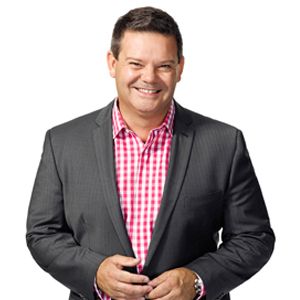 "I love Indian food. This is my third trip now. This time we went up to Jodhpur [Rajasthan], Chennai [Tamil Nadu] and Mumbai [Maharashtra]. It has been very diverse kind of a trip in terms of food. In Rajasthan, there's lot of lentils, paneer, cheese and it is very spicy"

What is the relationship of Gary Mehigan?

Gary Mehigan got married to Mandy Mehigan in 1992. The couple now has a daughter named Jenna. They are still together and are happy with their married life.

Who is Gary Mehigan?

Gary Mehigan is a British-Australian chef and a judge at MasterChef Australia, Junior Masterchef Australia and Good News Week. He is the co-owner of Maribyrnong Boathouse. Moreover, he has made an appearance in many shows including, What’s Cooking, Fresh, Ready Steady Cook, The Circle, Good Chef Bad Chef, etc.

Mehigan was born on 12 February 1967 in Hayling Island, Hampshire, UK. Likewise, Michael Mehigan(father) and Janet Mehigan(mother) raised him with his sister Michaela. His father is a former engineer while his mother was an artist.

He spent his childhood in Hayling Island on the South Coast of England. Likewise, Gary belongs to American nationality and his ethnicity is unknown.

His grandfather was a teacher and a chef, who inspired Gary also to become a chef.

He attended Highbury College of Technology. But however, for his chef training, Mehigan prepared himself for the chef at The Connaught and Le Souffle in London before moving to Melbourne in 1991.

Mehigan’s career as a chef started after he trained himself at The Connaught and Le Souffle. He was ahead in the kitchen in some of the restaurants in Melbourne.

Since the shows make a big appearance in 2009, Michigan has been one of the judges on Network Ten’s MasterChef Australia. He was contestant to the’s Who in Australia 2012 release. Mehigan likewise co-hosts two shows on Australia’s LifeStyle Food channel, Good Chef, Bad Chef, and Boy’s Weekend, and also made his appearance at the 2011 Good Food and Wine Show. Later in July 2015, he started a new TV series named Far Flung with Michigan where he used to move to many Asian countries to learn traditional and local cooking techniques.

Mehigan is a two-decade experienced chef and an Award-winning chef working at MasterChef Australia. He has not received other awards during his career.

Mehigan’s 2018 evaluated total assets are unknown. According to the sources, his net worth is estimated to be around $5 million as of 2022.

In July 2016, people rumored Gary along with Matt Preston and George Calombaries are quitting the show MasterChef Australia but Gary strongly denied the fact of this rumors that he will quit the show and later, in May 2017, it was accounted for that Meighan was in incredible ‘crisis mode’ after George Calombaries got charged for ambush and Matt Preston was compelled to apologize the other family for awful remarks.

As for of Meghan’s body description, he has light brown hair and brown colored eyes. Moreover, other details about his height, weight, shoe size, etc are not available.