Gary Payton is a well-known former American professional basketball player. He is nicknamed as the ‘The Glove’ for his excellent defensive ability. He was a nine-time NBA All-Star who plays the point guard position. He is possibly single. 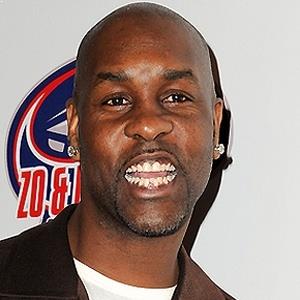 It is much easier to be the hunter than the hunted. When you are the one not expected to do anything, you play better

My oldest brother and my middle brother would always beat me up and take the ball from me. I used to cry a lot, so I used to come in here and get my dad. He used to be on my team, so he used to hold them down and let me score the basket.

Reflecting on a personal life of Gary Payton, he was previously married to Monique James. They got into a married relationship on 26 July 1997 and have been blessed with three children, Raquel, Julian, and Gary II.

After living for several years happily they got separated in 2012. He was also in a relationship with LisaRaye McCoy in the past. He has also another son whom he named Gary Payton Jr.

Talking about a present relationship status of Gary Payton, he is possibly single. There isn’t any solid proof which leads to his remarried lifestyle.

Who is Gary Payton?

Gary Payton is a well-known former American professional basketball player. He is nicknamed as the ‘The Glove’ for his excellent defensive ability. He was a nine-time NBA All-Star who plays the point guard position. He has become the only point guard that has won the NBA Defensive Player of the Year Award.

Former American professional basketball player Gary Payton was born in Oakland, California. He was born on 23 July 1968. He is of African American ethnicity and has an American nationality.

His birth name is Gary Dwayne Payton. He is the son of Al and Annie Payton. Since childhood, Payton had built up a strong interest towards basketball.

He studied at Skyline High School in Oakland, California and attended Oregon State University. On 5 March 1990, he was featured on the cover of Sports Illustrated magazine as the nation’s best college basketball player.

He struggled in the beginning of his career journey but later proved himself as one of the best point guards. He won the NBA Defensive Player of the Year Award in 1996. He was traded Milwaukee Bucks during 2002-03 season trade deadline. In 2003, he signed with the Los Angeles Lakers but he was soon traded to Boston Celtics. On 24 February 2005, he was traded to Atlanta Hawks but he was immediately released from the team and re-joined the Celtics as a free agent. On 22 September 2005, he signed a one-year contract worth $1.1 million with Miami Heat where he had won his first NBA title.

On 6 September 2006, Payton signed a one-year contract extension worth $1.2 million with the defending champion Miami Heat. He retired from playing professional NBA after his completion of tenure with the Heat. He was also a gold medal-winning team in 1996 and 2000 U.S. Men’s Olympic Basketball Team.

He has a net worth of $130 million but his salary is not revealed yet.

Gary Payton has a height of 6 feet 4 inches. His body weighs 82 kg. Gary has black hair and dark brown eyes.