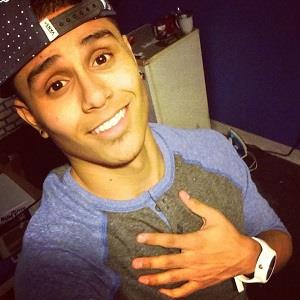 Although a famous internet sensation, the information regarding the past and the present relationships of Gary Rojas is not known. He has not shared this information with the public and seldom talks about this matter in any of his videos.

He is currently believed to be single and the future of his relationship has not been disclosed by this viner.

Who is Gary Rojas?

Gary Rojas is an American social media personality mostly known for his vines, which are short videos that mostly constitute humor. He has collaborated with numerous famous viners including Scotty Sire and Jerry Purpdrank.

Gary was born in New Jersey on September 30, 1994. He is of Caucasian ethnicity and his nationality is American. Information involving the parents, siblings, early life of Gary is missing.

He studied architecture at college and it was in college that he decided to start making vine videos as a means to relieve stress and tension. The gradual increase in fame helped Gary to be established as a prominent figure in the YouTube world.

Initially, from New Jersey, Gary later moved to Los Angeles, California. During his time at college, he began making short comedy sketches through vines. He later explained that the initial vines that he prepared were mostly for the sole purpose of fighting against the stress in his life. This small habit of him later turned out fruitful and hence he professionally began preparing and posting vines through the numerous social media outlets.

Gary Rojas has collaborated with numerous famous names in the YouTube world. Some of the famous people he has worked with include Scotty Sire, Jerry Purpdrank, Piques, Max Jr, Anwar Jibawi. The videos titled “When the teacher won’t let you go to the restroom” and “How it feels waiting for the doctor.” Which he made in collaboration with Anwar Jibawi are regarded as one of his prominent work.

After moving to Los Angeles, he lived with the fellow Viner ScottySire. Scotty later returned back to Newport Beach due to his dislike of LA. They two have made numerous vine videos together which are posted on YouTube and has a large number of views and likes. Gary is popular on other social sites as well. He has a large number of followers on Instagram and Twitter.

Gary Rojas: Salary and Net Worth

Gary is speculated to be gay by numerous people on social media. This, however, has not been confirmed by him. He was also rumored to have been involved in a relationship with Christina Grimmie.

Gary Rojas has a height of 5 feet 7 inches. He has dark brown hair and dark brown eyes. Furthermore, his body weight is around 66 kg.