Gary Sandy is an American actor of The Pirates of Penzance.

Gary Sandy is a divorced man but at present is single. He once married his girlfriend Laura Soltis in 1989 but the marriage didn’t last long and they got separated in 1995. 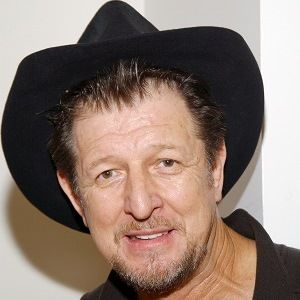 Who is Gary Sandy?

Gary Sandy is an American actor who is best remembered as program director Andy Travis in the television sitcom WKRP in Cincinnati. During 1982, he replaced Kevin Kline as The Pirate King on Broadway in The Pirates of Penzance.

Likewise, in 1986, he replaced Tony Roberts as Mortimer Brewster in the fiftieth-anniversary production of Arsenic and Old Lace opposite Jean Stapleton and Marion Ross and continued the role in the North American tour.

Gary Sandy was born in Dayton, Ohio, the United States on December 25, 1945. His birth name is Gary Lee Sandy and he is currently 75 years old. His father’s name is Austin Sandy and his mother’s name is Dolores Sandy.

There is no further information about his family and childhood.

There is no information regarding his siblings. Gary holds American citizenship, but his ethnicity is unknown. His birth sign is Capricorn.

Talking about his first profession, he was role was a part created for him in the daytime drama As The World Turns. Over a seven-year period, he continued playing villains in the afternoon on Another World, Somerset, and his favorite, The Secret Storm.

Additionally, Gary is best known for his role as program director Andy Travis in the classic television series WKRP in Cincinnati. Gary received critical acclaim for his role in Norman Lear’s All That Glitters and has made countless TV guest appearances including Murder She Wrote, F.B.I The Untold Story, The Young Riders, L.A. Law, and Diagnosis Murder. Television film credits include Melvin Purvis: The Kansas City Massacre, Shell Game, For Lovers Only, and Nashville Grab. Feature film credits include Hail to the Chief, Some of My Best Friends Are, Troll, and The Last of the Cowboys opposite Henry Fonda.

Sandy’s role as Andy Travis on the hit series WKRP was his breakthrough as an actor. His role was famous even among his critics who did applause him for his dedication towards acting. Then Sandy was able to play distinct roles whether be like that of Butch Love maiden on Reivers or Cliff on the famous Comeback. His acting skill then led him to grab the challenging role in the film

He has performed in over one hundred theatrical productions, but the roles for which he is most proud are: the Pirate King in the Broadway production of The Pirates of Penzance, Mortimer in the Broadway revival of Arsenic and Old Lace, the title role in Barnum, Chance Wayne in Sweet Bird of Youth, Billy in Billy Bishop Goes to War, Buck Holden in Nite Club Confidential, Charlie Baker in The Foreigner, Starbuck in The Rainmaker, Milo Tindle in Sleuth, Billy Flynn in Chicago.

He has an estimated net worth of around $1.5 million earned from his professional career.

There was a rumor that Sandy and his girlfriend-cum-wife Laura Soltis relationship was nearly ended due to commitment issues. Currently, he is far from rumors and controversies.

Gary has a height of 5 feet 10 inches. Additionally, his weight is unknown. Gary’s hair color is brown and his eye color is brown.

Also, read the affair, salary, the net worth, controversy, and the bio of Howard Hesseman, Gordon Jump, Dorian Harewood

How tall is Gary Sandy?

How old is Gary Sandy?