Talking about his relationship details, Gary Stretch is presently single and he might not be dating anyone at the moment.

Previously, Stretch was in a married relationship with actress, Roselyn Sanchez. Roselyn is a well-recognized Puerto Rican singer and songwriter. The couple tied the knot on 9 August 1998. However, they separated after three years on 15 April 2001. 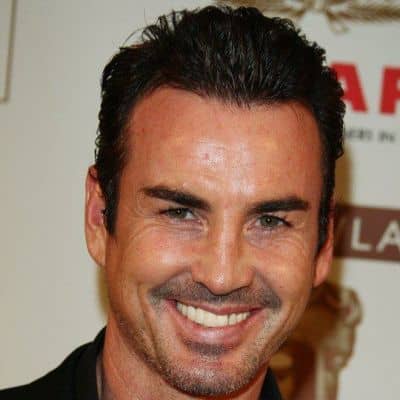 Who is Gary Stretch?

Gary Stretch was born on 4 November 1968. At present, he is 56 years young star. Likewise, his birthplace is St. Helens, Merseyside, England, the UK.

Not much is known about his father and mother’s details, Gary has not mentioned his family details. Moreover, he has not shared his sibling’s information in the public.

Talking about his nationality, Stretch holds a British identity whereas his ethnicity is English, Irish.

Regarding education, the actor attended the town’s Cowley High School. Further, he might have studied at the university of the town.

Gary represented in most of his career as a light-middleweight and rose to become British champion in that division. He also won the WBC International Light Middleweight title against Ramon Angel Alegre at the London Arena on 14 February 1990 and the fight was billed as Valentine’s Day Massacre.

Moreover, Stretch made his comeback to the ring in 1991 and challenged Chris Eubank for the WBO world middleweight championship in London, in a fight billed as “Beauty V the Best”. He has fought only once more after his bout with Eubank before retiring with a career record of 29 wins 1 loss.

The actor then worked as Cleitus in a supporting role against Anthony Hopkins, Colin Farrell, and Angelina Jolie in Oliver Stone’s 2004 film, Alexander. He also worked as a psychopathic gangster Sonny in Shane Meadows’ gritty cult thriller Dead Man’s Shoes(2004).

Stretch has earned a handsome amount of money from his profession. He lives a lavish lifestyle along with his family.

It is reported that Gary Stretch has an estimated net worth of $5 million as of 2022. He has also modeled for Calvin Klein and Versace.

Gary has never been part of any controversial matter or rumors till now. The star has been preoccupied with his professional and private life.

It seems that Stretch prefers enjoying his personal life and does not want to merge it with his professional life.

56 years young star, Gary has handsome looks and an admirable personality. He stands at a height of 6 feet 2inches. Also, he has a balanced body weight of 75 kg.

Furthermore, Stretch has hazel eyes whereas his hair is black.

Nevertheless, the former boxer has never mentioned other physical details in the public yet.

Regarding his social media presence, Gary Stretch is an active personality on social media. Gary has more than 2.5k followers on his official Instagram account @garystrechofficial.

Moreover, Stretch is also available on Facebook with nearly 1k fans and supporters.