Gary Valentine’s relationship status at present is married. He is living with his wife Jackyline Alido whom he married in 1993.

But their wedding details are yet not published. 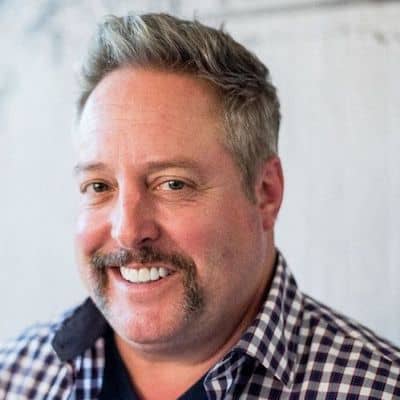 Who is Gary Valentine?

He has appeared in projects such as The King of Queens, Fargo, Kevin Can Wait, etc.

His birthdate is 22 Nov 1961 and he was born in Mineola, New York, the United States as Gary Joseph Knipfing. The name of his mother is Janet (an office worker) and his father’s identity is Joseph Valentine Knipfing Jr. (an insurance agency owner).

Further, Gary’s ancestry is German and has a sister named Leslie Knipfing. His brother is a popular actor Kevin James.

As per his academics, he studied at Ward Melville High School.

Gary Valentine from 2001 started his acting journey. He first did stand-up comedy and was seen in a short film titled Velocity Rules as Stunner.

His notable roles can be seen in The King of Queens as Danny Heffernan, Fargo as Deputy Knudsen, and Kevin Can Wait as Kyle Gable. His other short appearances are in,

As a writer, Gary has shown his skills by writing an episode of Comedy Central Presents and four episodes of The King of Queens. He also produced The Dog Who Saved Summer (TV movie) and Opinion: To Each His Own (Video documentary short).

By the 2022’s data, he has an estimated net worth of around $2.5 million. However, his salary and other income are not yet revealed.

This writer/actor is keeping himself away from scandals as well as rumors.

Gary Valentine’s height is 5 ft 6.5 inches and his body weight is 75 kg. Adding further, he has grey hair and has eyes in light brown color.

Gary is officially present on social sites such as Twitter with over 18.7k followers. He is keeping himself busy on Instagram with over 9.6k fans and on Facebook with over 14k followers.