Gary Vaynerchuk is an Author, Entrepreneur, Internet personality. Gary is married to his wife Lizzie Vaynerchuk and has two kids. 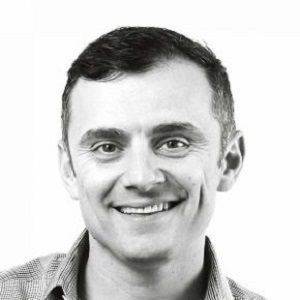 “You have to understand your own personal DNA. Don’t do things because I do them or Steve Jobs or Mark Cuban tried it. You need to know your personal brand and stay true to it."

“Your legacy is being written by yourself. Make the right decisions"

“We only get to play this game one time. We have one life.”

Gary Vaynerchuk is a married man for a long period of time. He is married to his long-time girlfriend Lizzie Vaynerchuk.

The couple dated each other for several years before their marriage. The couple got married on November 13, 2004.

Together they have two children: a daughter and a son named Misha Eva Vaynerchuk and Xander Avi Vaynerchuk.

They have been together for thirteen years now and their relationship is still going well. He is living a happy life with his wife and children. There are no other records of his past relationships.

Who is Gary Vaynerchuk?

Gary Vaynerchuk is an American serial entrepreneur and author. He is also a famous speaker and internationally recognized internet personality.

He is a four-time New York Times bestselling author. He is an angel investor or advisor to Uber, Birchbox, Snapchat, Facebook, Twitter, and Tumblr.

Gary Vaynerchuk was born on November 14, 1975, in the Soviet Union. Gary is an American by nationality and his ethnicity is Ashkenazi Jewish.

He was only three years old when his family moved to Queens, New York City, New York, the United States in 1978. Later, they also lived in Edison, New Jersey.

He and his eight family members lived in a studio apartment in Queens, New York. After some time, his family moved to Edison, New Jersey. He joined his family’s retail wine business when he was 12 years old.

He attended Mount Ida College in Newton, Massachusetts, and graduated with a bachelor’s degree in 1998.

His book reached #1 on the Amazon Best Seller list for Web Marketing books. He also opened at number two on the New York Times Hardcover Advice bestseller list and on the Wall Street Journal Bestseller List.

In 2011, he released his second book titled “Thank You Economy” which reached the number two spot on the New York Times hardcover advice bestseller list. He has released other two books till now.

He has been featured in “The New York Times”, “The Wall Street Journal”, GQ, and Time. He has also appeared on Late Night with Conan O’Brien and Ellen. In 2016, Vaynerchuk was a judge for the Genius Awards.

He has been a very successful entrepreneur and author and he has accumulated a net worth of $160 million.

But there is no information regarding his salary. Seeing his performance in this field we can assume that he earns a good salary.

There are no rumors of him being in any extra-marital affairs at the present time. he has been a straight person in his life and he has not been involved in any controversy in his entire life.

Gary has a height of 5 feet 7 inches. His body weighs 67kg. Furthermore, he has salt and pepper hair and brown eyes.

Also know more about the early life, career, net worth, relationships, and controversies of other entrepreneurs and authors like Barbara Corcoran, Bethenny Frankel, Buddy Valastro, Cameron Diaz, and Chris Sacca.