Gatlin Kate James is married to an American actor Austin James. The couple tied the knot in September 2017 and have been together for five years now.

Gatlin and Austin are blessed with twin baby girls on November 23, 3021 named Smith and Lively. She mostly posts about her twin babies on her Instagram. Also, she has created one Instagram account of her twin babies under the username @smithandlively.

However, there is no information regarding her past relationships. 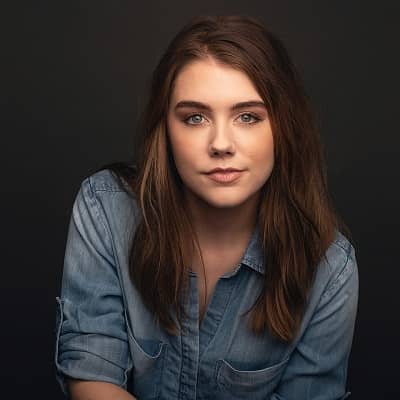 It’s this beautiful girl’s birthday today. This past year has been filled with SO MANY highs and lows, probably the craziest year of our lives, and this girl has handled it so incredibly well. I love getting to watch you flourish into the woman God wants you to be and to have a front row seat to how amazing of a mom you are to Smith and Lively.

Who is Gatlin Green?

Gatlin Green is an American actress and singer-songwriter. Her first commercial job was when she was four years old. Gatlin has mostly appeared in short films.

She holds an American nationality and belongs to English, Irish, German, and French ethnic background. There is no further information about her educational background.

Gatlin is the daughter of Brian Green and Wendi Green. She has one brother named Cooper Green. Also, her brother is a singer and both of them work together as singers.

Talking about Gatlin’s professional career, at the age of eight she made her debut in front of the camera in the film Daltry Calhoun in 2005. They formed “Cooper and Gatlin” with her older brother, an acoustic folk-pop duo.

She had roles in episodes of Criminal Minds and Liv and Maddie before being cast as the main character in the Heroes Reborn miniseries in 2015. She was also a co-star in the web-based interactive movie Finding Cody in 2012.

At the age of 5, she professionally began singing.

By the sources of 2022, her net worth is estimated to be around $1.5 million. No other detailed information about her salary and income are disclosed yet.

Up to date, Gatlin has not been on any kind of unwanted rumors or controversy as she doesn’t mix her professional and personal life together.

Gatlin has a slim body with a height of 5 feet and 5 inches and weighs around 50kg. She has a fair complexion with Blonde colored hair and beautiful blue eyes. She often dyes her hair color.

Gatlin is active on many social media platforms. She is highly active on Instagram under the [email protected] with 19.3k followers and has more than 8k followers on Twitter. Also, she has her own Youtube channel named Gatlin and Austin James.

Furthermore, she is active on Facebook where she has gained 45k+ followers.