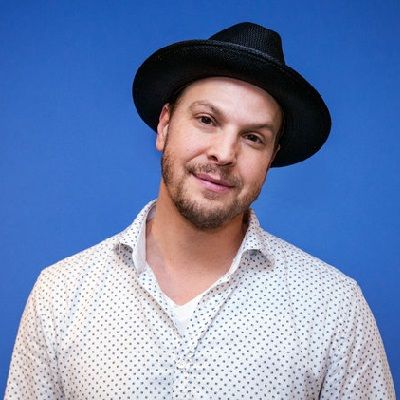 His ultimate goal? "To leave this world a better person, and for me to not be the only one who knows it."

Gavin DeGraw is in a relationship.

He is dating actress Amanda Loncar for more than a decade. They have been together since 2004.

Who is Gavin DeGraw?

Gavin DeGraw is an American musician. Gavin is known for his single I Don’t Want to Be.

In 2013, he won the New Music Awards for AC Male Artist of the Year.

Gavin has an elder sister Neeka and brother Joey. Joey is also a musician and has an album on iTunes. He grew up in a musical family and began singing and playing piano at the age of eight.

As a teenager, he was inspired by Ray Charles and Sam Cooke. He started playing in a local Catskills group The People’s Band with other local musicians.

Gavin attended Ithaca College in Ithaca, Cayuga Lake on a music scholarship but he dropped out after one semester as he spent most of his time in dorm room writing songs rather than attending classes.

After that, he attended the prestigious Berklee College of Music in Boston, Massachusetts where he studied for two semesters.

On 8th August 2011, Gavin was hospitalized after being assaulted by several people in Manhattan’s East Village after leaving The National Underground.

On 22nd July 2003, he released his debut album Chariot under J Records which sold more than a million copies and earned platinum certification.

In the year 2004, he released an acoustic version of the album Chariot Stripped.

He released his second single Cheated On Me on 12th February 2008 and on 7th November 2008, his album Live From Soho came out.

His first hit album is Finest Hour: The Best of Gavin DeGraw.

Likewise, his sixth studio album was Something Worth Saving released his singles She Sets the City on Fire.

He appeared in four episodes of One Tree Hill which includes You Gotta Go There to Come Back, I Don’t Want to Be, Chariot, and What Comes After the Blues.

Gavin has dark hair and eyes. He is 5 feet 11 inches tall.