Gavin Houston is a low-profile American actor of Guyanese and Brazilian ancestry. It is so because apart from his professional life and career, his personal or relationship details are not revealed.

Gavin Houston’s relationship status is not married. He usually doesn’t talk about his affair as well as his girlfriend in the media.

But recently, he was seen kissing a girl who is not his wife. He through social media has shared the mystery woman’s photo whose name is Leigh.

However, Gavin also has a daughter named Zoey. Further, he was seen playing a gay character in the TV show The Haves and the Have Nots, but in real life, he is straight. 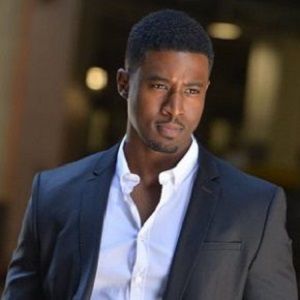 Who is Gavin Houston?

Gavin Houston is an American actor. He is best known for playing the role of Remy Boudreau in the soap opera Guiding Light from 2002 until 2006.

He is also famous for portraying the character Jeffrey Harrington in the soap opera The Haves and the Have Nots since 2013.

Further, his role as Babyface in the 2016’s TV movie Toni Braxton: UNBREAK MY HEART is loved by the viewers.

Houston was born on 10 December 1977, in Brooklyn, New York City, New York, USA. He is an American by nationality and he is of Guyanese/Brazilian ethnicity.

His birth name is Gavin Alexander Houston. He is the son of Colette Houston, mother, and Lloyd Houston, father. He has an older sister named Tonza Houston.

Gavin Houston graduated from the University of Florida. After that, Houston studied at the Manhattan Theatre Club.

He was interested in the acting field from an early age and he wanted to pursue his career in acting since he was a young boy.

Gavin began his career as a child actor appearing in commercials, and in an episode of The Cosby Show in 1992. From 2002 to 2006, he played the series regular in Guiding Light as Remy Boudreau. After that, he had minor roles in several TV films.

He had guest roles in the TV films Wizards of Waverly Place and Without a Trace. He had a recurring role on the ABC soap opera General Hospital in 2010.

Since 2013, he portrays the character Jeffrey Harrington in the American soap opera The Haves and the Have Nots. In 2015 Gavin appeared as Lance in the TV film The Secret She Kept.

Recently in 2021, he played the role of Theodore in the famous American science friction dream series Rosewell, New Mexico.

Gavin Houston has dark skin. His height is 6 feet 1 inch. His hair is curly black and his eye color is dark brown.

How old is Gavin Houston?