Gavin Lillard’s relationship status is single! There are no past records of his dating.

The TikTok star is quite passionate when it comes to Football. He loves to spend time with his friends.

His YouTube suggests that he has a soft spot for dogs. 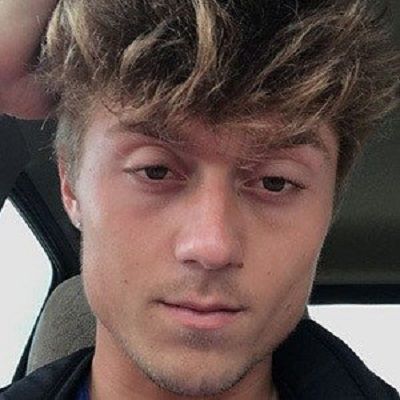 Who is Gavin Lillard?

Gavin Lillard is an American TikTok star. Lillard is renowned for his lipsync and dancing video in TikTok which went viral on the web.

He is also a football player.

Gavin Lillard was born on the 9th of January 2003 in the United States. He is of British ancestry.

Currently, he is studying at South Aiken High School in  South Carolina. He plays for his high school football team in as Left Back in the defender line and second striker.

Gavid never intended to be a TikTok star. Once during his Spanish class in his school, his friends were making TikTok videos. He was also in the video.

However, he was sleeping in the video. Later, his friends received hundreds of likes on that video.

After that, he started developing an interest in TikTok and created his own account in the app. He began to upload his lipsync and dancing videos.

Those videos on TikTok won the heart of many fans and went viral which raised his fame as a TikTok. He also collaborated with the TikTok star, Hannah May for making duets.

Later, on 25th December 2018, he started his self-titled YouTube channel where he uploads his question answers segments.

As a YouTuber, his estimated earning is $187 US per video upload.

He also has a self-titled YouTube Channel with 3.49k subscribers and 13k views.