The good news for female fans is that this cute little boy is still single. Also, there is no past and present relationship news of Gavin.

If he has any girlfriend or dating a beautiful girl, he has not made it public yet.

I hope this lad will be in a relationship and marry in the future which will help us to build some gossip for the near future. 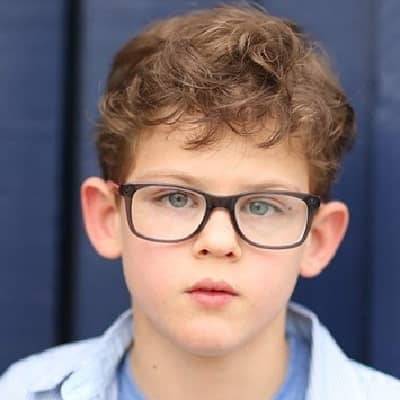 Who is Gavin McHugh?

Gavin McHugh is an American Child Actor. He is popular for his role as Christopher Diaz in ‘9-1-1’ from 2018-2021. Likewise, he is one of the popular actors who is a hot topic on the internet.

Gavin McHugh was born on May 6 2008 in Riga, Latvia. He was born with cerebral palsy. Currently, he is 14 years old.

The details about his biological parents are not available at the moment. However, his adoptive parents are Michael McHugh and Lisa McHugh. He was adopted from Riga, Latvia, at the age of two.

In 2015, his family along with him moved from Atlanta to Los Angeles to find opportunities in acting.

Likewise, he has 4 siblings namely Flynn McHugh, Logan McHugh, Shea McHugh, and Lia McHugh. At such a young age, he had to face physical limitations caused by his cerebral palsy.

He holds an American Nationality. His birth sign is Taurus. Furthermore, there is no information regarding his education.

Gavin McHugh started his career at an early age, he was featured in a 2014 documentary titled Called by Mary.

After that, he made his appearance in high-profile Tv Series 9-1-1 as a child character’s role of Christopher Diaz from 2018-2021. Later, he was praised and well-received for his role on the Tv Series along with Angela Bassett and Peter Krause.

He has also done commercial advertisements for Target and Walmart.

Of all his illustrious career he has collected a decent amount of money from his work but his net worth and salary are yet to be confirmed.

This young dude has kept himself away from unnecessary rumors and controversies.

Gavin has light brown hair and blue eyes. However, there is information on his height and weight.

Due to his Cerebral palsy, he has some physical limitations. He also wears spectacles.

However, he is active on Instagram with over 85.4K followers which is managed by his mother.