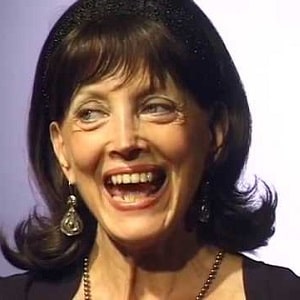 Gayle Hunnicutt is currently single. She was once married to British actor David Hemmings on November 16, 1968. The couple welcomed a son, Nolan Hemmings (actor) but the couple divorced in 1975.

After that, she married journalist Simon Jenkins in 1978 and raised their son, Edward. They lived in Primrose Hill, London but they also divorced in 2009. Since then, she has not been seen with any other person and she is currently residing in Delray Beach, Florida.

Who is Gayle Hunnicutt?

Gayle Hunnicutt is an American film, television and stage actress who is best known for her performances in ‘Marlowe’ in 1969, ‘Target’ in 1985, and ‘The Legend of Hell House’ in 1973.

She was born on February 6, 1943, in Fort Worth, Florida, USA. She is currently 76 years old. Her father’s name is Colonel Sam Llyod Hunnicutt and her mother’s name is Mary Virginia Hunnicutt. She is the only daughter of her parents.

Gayle holds American citizenship but her ethnicity is unknown.

She joined the University of California, Los Angeles on a scholarship to study English literature and theatre.

Before acting career, she worked as a fashion model. Then, she debuted her film career as Susie in ‘The Wild Angels’ in 1996. After that, she appeared as Adrianna in ‘The Smugglers’ in 1968, as Marlowe Wald in ‘Marlowe’ in 1969.

In 1970, Gayle Hunnicutt moved to England with Hemmings in order to sharpen her acting career. She appeared as Charlotte Stant in the novel ‘The Golden Bowl’ in 1972, as Tsarina Alexandra in ‘Fall of Eagles’ in 1974, Ruth Wilder in ‘The Martian Chronicles’ in 1980, Irene Adler in ‘The Adventures of Sherlock Holmes’ in 1984, Mrs. Cunningham in ‘The Saint: The Brazillian Connection’ in 1989.

She was nominated for Golden Laurel award for Female New Race and ended being in the 7th place.

She has an estimated net worth of around $1.7 million and she has earned that sum of money from her professional career.

Gayle Hunnicutt likes to keep her profile low and she has not been involved in any types of rumors and controversies in her career.