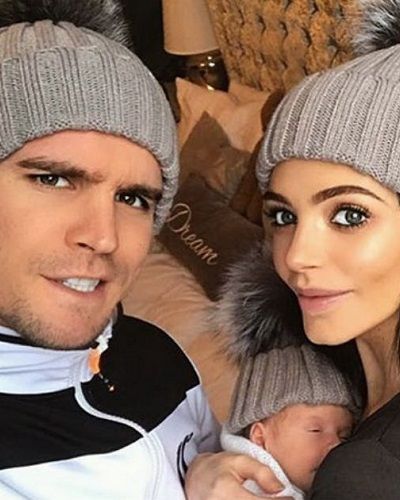 The reality TV star Gaz Beadle and model Emma McVey had a beautiful son as their blessing a few months back. But, Just a few time back baby Chester Beadle was taken to hospital after some health problems but the 6-months doesn’t seem to take a break from a hospital visit.

Once again the little one was rushed to the hospital on Friday the 13th after being in the hospital just a month ago. The continuous illness must have worried the parents but the trolls on social media didn’t seem to mind their situation.

“My weight through pregnancy did not lead to this”

Some people after knowing about baby’s hospital tour started pointing fingers towards the mother by saying that she might have had problems during her pregnancy.

People out there must be really heartless to blame a mother for their child’s condition. No parents would knowingly or even unknowingly think about hurting their child. After all, a mother carries her child in her own womb for 9 long months.

These people believed that McVey’s decision of staying slim in her pregnancy might have led to the child’s continuous hospital visit. Gaz Beadle’s model wife couldn’t take any of those harsh comments regarding her hurting her child so she decided to leave answers to these ruthless people.

“For all the sick people saying any of Chester’s illnesses are due to my weight through pregnancy..”

She continued and revealed the real reason for her son’s condition:

“He has picked up rotavirus. Yes, he’s had all the vaccines for it but there’s clearly a severe virus going around. My pregnancy has absolutely nothing to do with it.

“The Leeds General Infirmary has been absolutely amazing and stopped him becoming dehydrated from it. Please think before being a mummy troll, before trolling at all.

“I have and always will do everything for Chester.”

Turns out the baby was taken for the checkup as a result of just 3-hours sleep in 48 hours. Rotavirus is one of the most common diseases in infants which can even lead to their death if not taken proper care on time. We hope baby Chester will be fine and get a good sleep soon after recovering from his illness.

Not only Chester but mommy Emma caught the virus as well

After countless accuses from people, Gaz couldn’t stop confronting the continuous trolls. He went on Instagram to write a long post and pointed out about catching a similar virus to their son.

“we just started recovering today Chester however will take a bit longer being a baby… mums are amazing and she is a ???? so please maybe just try be nice… I hope no one else has to experience that virus f***ing brutal !! Family ❤ @emma_jane1392”

The trolls need to keep their too “honest” opinions to themselves and let this small and suffering family have their own time.

49-year-old model and TV personality Annabelle Neilson is no more! But is someone using her Instagram?
Tags : ‘Ex on the Beach’ Geordie Shore Model Reality Star TV Personality