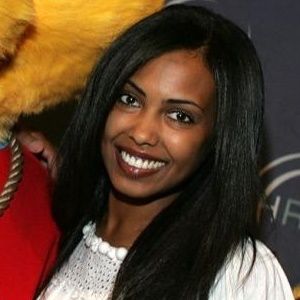 Gelila Asres is currently single. Even if she is in a relationship, there is no information about her affair.

Previously, she was dating Chris Tucker. He is an American actor. But their relationship didn’t last long and they broke up due to some differences.

Who is Gelila Asres?

Gelila Asres is a model and an actress. Her renowned work includes Hip Hop Harry in 2006, Under One Roof in 2008 and The Tony Rock Project in 2008.

There is no information on Gelila’s born date while she was born in Ethiopia. She spent her childhood exploring and traveling to many places in the world.

Her ethnicity is Ethiopian. There is no information on her parents and siblings. She was into modeling from her young age and her first commercial was when she was 14 years old. She advertised for the Impulse Body Spray.

She studied acting at the American Academy of Dramatic Arts in New York.

Asres was interested in acting and modeling from start. She had started acting since her teenage days. Later, she was featured in theatrical presentations like Trojan Women, The Gingham Dog, Cry Havoc and The Taming of the Shrew.

Also, due to her interest, she graduated from the Dramatic Arts. She was starred in numerous television programs, Saturday Night Live, The Cosby Show, Law & Order, The City, As the World Turns and MTV. She is active in endorsements and print modeling, mostly for the brand, Nike.

Gelila is not open to the media. She has earned through her acting and modeling career. However, her salary and net worth are unknown.

There are no rumors regarding her personal and professional life. It seems she is doing best job without harming others and has been a straight person in her life, for which she has not been in any controversy yet.