Gemma Atkinson is an English actress and former model. She was seen in Hollyoaks. She is in a relationship. 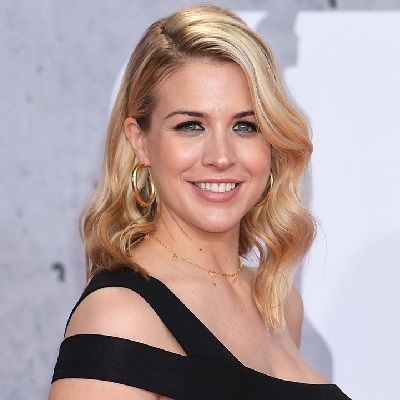 Gemma Atkinson is not a married woman. She is in a relationship with the Strictly Come Dancing professional dancer Gorka Marquez. Similarly, on 1st February 2019, she announced on Instagram that they were expecting a baby.

Who is Gemma Atkinson?

Gemma Atkinson is a British actress and former glamour model. She is known for playing Lisa Hunter on Hollyoaks.

Similarly, she was on three spin-off series, Hollyoaks: After Hours, Hollyoaks: Let Loose and Hollyoaks: In the City, Tamzin Bayle on Casualty, and Carly Hope on Emmerdale.

She was born on 16th November 1984 in Bury, Greater Manchester, England. She is the daughter of David Atkinson. Similarly, she has a sister Nina Brollini.

Similarly, her nationality is British and her ethnicity is Caucasian.

Talking about her education, she took her GCSEs at Castlebrook High School, Bury.

Gemma Atkinson rose to fame after playing Lisa Hunter on the Channel 4 soap opera Hollyoaks. She and Marcus Patric subsequently appeared in a spin-off series called Hollyoaks: Let Loose for E4, in which their characters started a new life together in Chester. It was followed by Hollyoaks: In the City, also screened on E4.

Similarly, her other television roles included appearing as herself in the pilot for Plus One, part of the pilot series Comedy Showcase in October 2009. In the year 2009, she appeared as Ria Crossley, the girlfriend of a drug dealer in The Bill.

After that, she has also appeared on Emmerdale in the film, she has appeared in the British independent film Boogie Woogie, which premiered at the Edinburgh International Film Festival in June 2009.

Likewise, she appeared in the 2010 horror film called 13Hrs in February 2009 and a UK gangster film called Baseline in March 2009. She played the role of Hannah in the 2011 romantic comedy film How to Stop Being a Loser. Moreover, the film also starred Richard E. Grant, Jill Halfpenny, and Pamela Anderson.

Furthermore, she has appeared as a contestant on reality TV series such as I’m a Celebrity Get Me Out of Here!, Celebrity MasterChef, and Soapstar Superstar.

She was nominated for National Television Awards in Most Popular Newcomer for Emmerdale Farm in the year 2016.

The estimated net worth of Atkinson is around $4 million. She has a successful career and she has appeared in many films.

So, she might earn a huge amount of money from her career. But she has not disclosed her salary and income.

Talking about Gemma Atkinson’s body measurements, she has a height of 5 feet 9 inches but her weight is unknown. Similarly, she has blonde hair color and blue color eyes.

You may also like to read Lisa Vanderpump, Maisie Williams, and Keira Knightley.