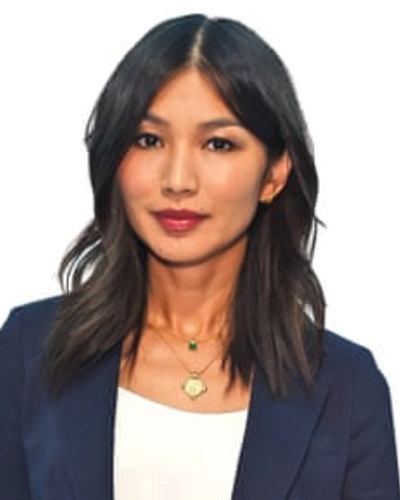 British film actress Gemma Chan is a gorgeous fashion model and actress who has a wonderful career until now. She also is going well in her personal life and said to be dating fellow actor Dominic Cooper. Let u find out more.

The news is that Gemma Chan is not single. She has been quietly dating her fellow actor Dominic Cooper since the end of last year. They have starred in the 2017’s movie called Stratton. It was last August when Gemma and Dominic were spotted vacationing together in Spain. People speculated that the couple is in a relationship and are probably dating.

It was four months later when they appeared as a couple at the fashion awards held in London. This was their first public appearance together. Except for a few public appearances, Gemma and Dominic have by far kept their love life private. They do not discuss it to the media and have not given any interviews on it to anyone.

You may like to read Gemma Atkinson updates her Instagram fans about her pregnancy! It’s her first child with boyfriend Gorka Marquez!

Gemma Chan and Dominic Cooper and their previous relationships

Gemma Chan had a previous boyfriend prior to Dominic. She was dating her co-star in Fresh Meat, Jack Whitehall from 2011 to 2017. They cited their busy work schedules as the reason for their separation. Despite their breakup, they have maintained a good friendship between them.

Gemma Chan and her career so far

Gemma had a glorious career until now. She was seen in Crazy Rich Asians, Captain Marvel, and was also in hit shows such as The IT Crowd, Doctor Who, Sherlock, and Fresh Meat.

Her prominent films are London Fields and Mary Queen of Scots. Her recent acting on the small screen includes The Game, Brotherhood, Revolting Rhymes, and Watership Down. She was a fashion model prior to acting and has walked in UK’s Project Catwalk.

Gemma has done a guest appearance for a radio show. She is also active on stage and has performed in a number of theater plays. These include Turandot, Yellow Face, and Our Ajax.

Also read Chef Simon Rimmer has a change of mind! He does not mind contesting in I’m a Celebrity. Get me out of here….show!

Gemma Chan and her growing years

Gemma was born at Guy’s Hospital in London, England, the UK. She is of 36 years now and has a Scottish-Chinese ethnicity; Scottish descent is from her maternal side. Her engineer father hails from Hong Kong while her mother’s parents migrated from China via Hong Kong to Scotland.

Her mother was a pharmacist at Guy’s hospital. Growing up in Sevenoaks, Gemma attended Newstead Wood School for Girls in the London borough of Bromley. She then completed her law course from Worcester College in Oxford.

Though Gemma got an offer from the law firm Slaughter and May, she preferred to pursue acting and joined the Drama Center in London. British film producer Damian Jones spotted her and her agent is Nicki van Gelder.

Gemma Chan is a British actress and former fashion model. Likewise, she is a British film, television and theatre actress. She is known for her first film debut in the movie Exam. Similarly, she is famous and recognized for the role of Astrid Leong-Teo in the movie Crazy Rich Asians. More bio…

Sarah Grey is the female lead actress in The Order! Know about her career and relationship status!
Tags : Actress Fashion model Gemma Chan