Gemma Collins the television's favorite personality. She has appeared in I’m a Celebrity… get Me Out of Here! Gemma is dating James Argent. And rumors are they are getting married! 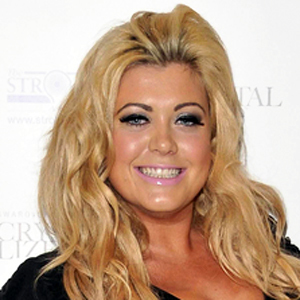 You ain't ever gonna get this candy.

Gemma Collins is currently in a relationship with her ex-boyfriend James Argent. Their affair again started in 2015.

The couple was not together because her boyfriend, James was in rehab for a year. However, he is out, post this coronavirus pandemic. Hence, the couple has been spotted together and they look quite happy reuniting.

From January 2011 to 2012 she dated the hot James. Their dating history started after Gemma joined the show in 2011 but there couldn’t last long as they separated in 2012, after she breaks up with James she dated businessman Rami Hawash.

Who is Gemma Collins?

Gemma Collins is an English television personality, reality star, and writer. She is best known for being a cast member of the ITVBe semi-reality program The Only Way Is Essex, joining the show in its second series in 2011., she took part in I’m a Celebrity… get Me Out of Here! But withdrew after just three days of taking part in the show. In 2016, she took part in Celebrity Big Brother 17.

Gemma Collins was born as Gemma Clare Collins on January 31, 1981, in Romford, London, England. Her nationality is British and ethnicity is English.

Collins went to the Sylvia Young Theater School when she was a child and starred in a production of The Sound of Music.

Gemma Collins used to work as a car saleswoman. And because of her friend Amy, she got an opportunity to work in The Only Way is Essex from its second series in 2011.

Her first ever scene was selling a car to Kirk Norcross. Gemma’s mother Joan joined in the fifth series in April 2012. Collins occasionally presents competition segments on the ITV program This Morning and has also made appearances on Loose Women, 8 Out of 10 Cats, Big Brother’s Bit on the Side, Celebrity juice and I’m a Celebrity… Get Me Out of Here! Now!.

On 16th November 2014, Collins took part in the fourteenth series of I’m a Celebrity… Get Me Out of Here! On ITV. However, after a bumpy start in which she refused to parachute into the jungle along with her cast-mates, she withdrew after spending 72 hours in the Jungle, which led to widespread bad publicity and ridicule.

This was allegedly due to health issues. On January 5, 2016, Collins entered the Celebrity Big Brother house to participate in the seventeenth series. On February 2, 2016, she became the seventh housemate to be evicted having received the fewest amount of votes to save, spending a total of 29 days in the house.

In 2016, Collins stood in for Natalie Anderson presenting a fashion segment on ITV This Morning Summer. Her other TV appearances were Celebrity 100% Hotter and Celebs Go Dating (2018),  Dancing on Ice (2019), and Diva Forever (2019).

She has appeared in many reality shows. As per the sources, this TV star has a net worth of £2.7 million.

Katie Hopkins calls Gemma Collins a “fat chubster” to her FACE which made a big controversy on her new chat show. There were also rumors about her engagement with her ex-boyfriend Rami.

Rumors are that Gemma’s boyfriend, James Argent is preparing to get married to her.

During the time of the pandemic, Gemma shared a wistful swimsuit picture to motivate the people who are struggling in this difficult phase.

Gemma Collins launches a new perfume called Bottled GC which she says gives her confidence in her persona!