His wife is a popular actress plus model who is mostly known for her appearance in Bollywood projects. They met each other in Los Angeles and started to date soon after. Before their Hindu-style wedding, they dated for five years.

Recently, this lovely couple was seen enjoying a sunny day in California which she shared on her Instagram post. 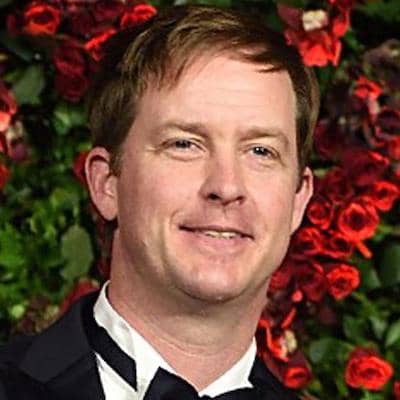 Who is Gene Goodenough?

Gene Goodenough is an American financial analyst. He is known for being the husband of popular Bollywood actress, Preity Zinta.

His birthdate is not disclosed but he was born in Los Angeles, California, the United States. The name of his mother along with his father is not available.

Gene’s ancestry is Caucasian and as per his academics, he completed his graduation from USC Marshall School of Business.

Then he enrolled at ESADE Business and Law School to achieve his Master’s degree in Business Studies.

Gene Goodenough after his studies started to work at Bank of America. He was appointed as an Assistant Vice President but left the job after serving a few years.

He then joined another company named Interthinx, Inc as their Vice President plus Director of Product Management. But he also left this position and went to NLine Energy Inc.

It is a renewable energy development company that is based in Los Angeles. Gene is currently serving in their Product & Finance department as Senior Vice President.

As of 2022, he earned a net worth of around $500k US. But their yearly salary of his is not calculated yet.

But the assets of his better half Preity are $10 million. She also owns a production company named PZNZ Media.

She has three houses in Mumbai, Shimla, and Beverly Hills, US.

This analyst/star’s spouse is keeping himself away from rumors and desperate scandals.

But when his wife filed a case against her ex-boyfriend, Ness Wadia, he was with her all the time. The case was about molestation which was done at an IPL match in Wankhede Stadium on May 30th.

Gene Goodenough’s height is 6 ft 1 inch and his body weight is 85 kg. Similarly, he has grey eyes but his hair color is dark brown.