Gene Snitsky is an American actor and retired professional wrestler. He is in a relationship. 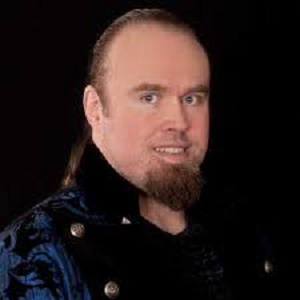 Gene Snitsky has been in a relationship with a girl named as carianneb1 on Instagram. Both of them have been posting their photos on their respective Instagram. They are going well with their relationship which can be seen on their social media posts. Besides her, he was once linked with a Canadian wrestling diva Melissa Coates.

Who is Gene Snitsky?

He is the former ACW and WXW Tag Team Championship with Rob Harper.

Gene Snitsky was born on January 14, 1970, in Nesquehoning, Pennsylvania, USA. There is no information on his parents, ancestry, and sibling.

However, talking about his education, he was enrolled at the University of Missouri where he played college football. He is of American nationality and his ethnicity is unknown.

Before starting his career in Wrestling, Gene Snitsky was on the preseason roster for the Birmingham Barracudas of the Canadian Football League while he was at college.

He then started his wrestling career as “Mean” at World Xtreme Wrestling (WXW) where he won the Tag Team Championship with Rob Harper along with one WXW Heavyweight Championship.

However, from 2004, he has spent most of his career in World Wrestling Entertainment. Here he has not that much success but wrestled with many famous wrestlers like Kane, Benjamin Shelton, John Cena, and many others.

After that, he was seen in ECW from 2007 to 2008 followed by WXW from 2008 to 2018 and TNA wrestling in 2012. When he was at WXW he won WXW Heavyweight Championship. Recently in June 2018, he announced that he is retiring from professional wrestling after few shows.

Talking about his net worth and salary, there are no such details to reveal about.

There is no such rumors and controversy regarding Snitsky and his life. As for now, Snitsky is far from any controversy and rumors.

Gene Snitsky stands with a huge height of 6 feet 8 inches tall and weighs around 139 kg. He has dark brown hair and grey color eyes.

Furthermore, there is no information about his chest, waist, and biceps.