Posted by MarriedBiography Posted on May 20, 2020 | In Child , Married , Net Worth
Share this 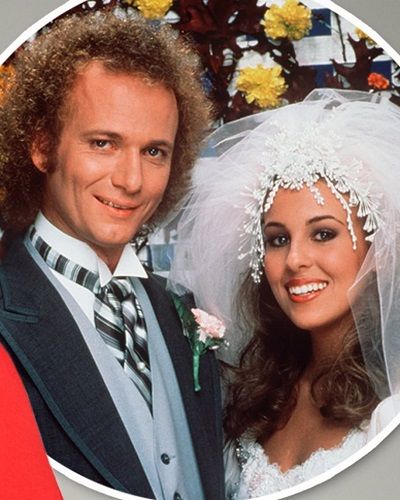 In the show, Luke had raped her but she fell in love with him and got married. She said,

“It was such a big deal in the media and it took the country by storm,”

“I’ve had to justify it for so many years and I have to say, it feels good to sit here and say I won’t justify it. It’s awful. They shouldn’t have done it.”

“Gloria Monty [former GH executive producer] tried to deal with it by calling it rape seduction. The term now would be date rape. The night of the rape, Luke’s last request was to dance with him. And the dance became very seductive. He took her down to the floor and that is the rape.”

The author of The Survival of Soap Opera Abigail De Kosnick found out that the pair Luke and Laura became popular not spite the rape but partly because of it. She confronted Luke about assaulting her in a powerful scene.

The pair Luke and Laura became a cultural phenomenon in the early 1980s and fans still love them 40 years later.

Genie and Jonathan Frakes has completed more than three decades of successful married life. In the show, General Hospital Jonathan played her brother in law. After the shoot, they parted ways. But later they again got a chance to co-star in ABC miniseries North and South.

This time they did not let go of each other and sparked relationship rumors. In the year 1986, he proposed to her which she accepted happily. They walked down the aisle on 28th May 1988. Together they have two children. Their son Jameson Ivor Frakes was born in 1994 and daughter Elizabeth Francis Frakes was born in 1997.

How much is Genie Francis’s net worth?

As per Celebrity Net Worth, the estimated net worth of Genie is $25 million. She and her husband Jonathan spent $2.8 million on a home in Woodland Hills, California in 2017. Two years later in June 2019, they listed the house for sale for $4 million.

For almost 30 years, they owned a large Colonial mansion in Beverly Hills which they sold for $12 million. Her husband also has a net worth of $25 million.

Genie is an American actress and she is well known for her portrayal of Laura Spencer on the ABC Daytime soap opera General Hospital. Likely, she has also appeared on All My Children and The Young and the Restless. Read more bio…

The journey of Jaime King and Kyle Newman from dating to divorce!
Tags : Actress General Hospital