Updated On January 29, 2023 | Published By: Selina shamp
Share this
Single 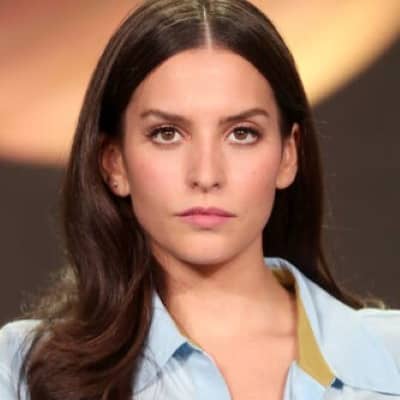 Latinos are very passionate, and they perform a lot and look at me, I'm talking with my hands, and this is just my normal self, so it kind of allows me to be who I am and not dumb it down

I miss it so much. I miss the beach, the peace it brings you. I love the sound and smell of the sea.

Who is Genesis Rodriquez dating?

Genesis Rodriguez is possibly single as of 2022. Previously, she was dating 17 years older co-star Christian Meier from 2008 to 2009.

Also, she was rumored to have had an affair with Mexican actor, Mauricio Islas in the past. For now, she is not seen dating anyone nor has been engaged.

Genesis Rodriguez has no plans of getting married or having kids as of 2022.

Who is Genesis Rodriguez?

She has co-starred with Paul Walker in Hours and played Sarah on Entourage (2010–2011), assistant museum curator/adventurer Jane Walker on Time After Time (2017).

Who are the parents of Genesis Rodriguez?

Genesis was born on July 29, 1987, in Miami, Florida, the USA under the birth sign Leo. The 34-year-old actress belongs to mixed ethnicity Spanish, Venezuelan, and Cuban.

Introducing her family, her father José Luis Rodríguez González (El Puma) is a famous singer and actor, while her mother Carolina Pérez Rodriguez is a former model.

She has Liliana Rodríguez and Lilibeth Morillo as half-sisters from her father’s previous marriage to Venezuelan actress and singer Lila Morillo.

To begin with Genesis’s career, she first started her career featuring in the leading role of Libertad Salvatierra Santos in the Television series Prisionera (2004).

She has presented as a dancer in the 1994 Television series but the Prisionera became her first acting debut.

She continued her early career by featuring in the lead roles in the Television series Dame Chocolate (2007), and Doña Bárbara (2008–2009).

Genesis has played the role of Naomi in the 2020 film Centigrade and also starred in other films including,

Moreover, Genesis has provided the voice for Honey Lemon in Big Hero 6 (2014) and the voice of Perfuma in the 2018-2020 Television series She-Ra and the Princesses of Power.

How much is the net worth of Genesis Rodriguez?

Genesis has accompassed riches in millions ( estimated $2.5 million) from her acting and modeling career. She earns a handsome paycheque but her exact salary is under review.

Though she was rumored to have a relationship with Mexican actor, Mauricio Islas in the past, she denied it. In fact, the talented actress Genesis Rodriguez is further managing to keep herself away from rumors and controversies.

Genesis Rodriguez stands 5 feet and 5 inches tall and weighs around 55 kg. Her chest-waist-hip measurement is 34-24-34 while her dress size and shoe size are unknown. She has a fair body complexion featuring brown hair and brown eyes.

Regarding the social media presence of Genesis Rodriguez, she is available on Instagram with the username @genirodriguez with 987 posts and 594k followers. She also has 146.5k followers on Twitter and has a 1.6 M fan following on Facebook as well. Other than that, she is unavailable on Tiktok and YouTube.