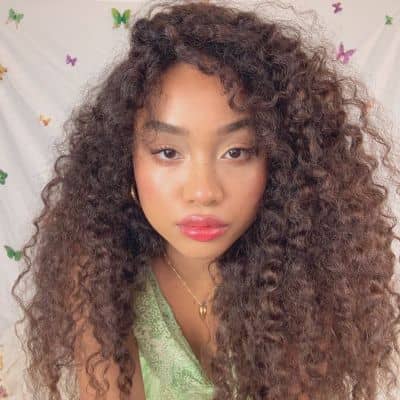 Genneya Walton is currently single and she is not dating anyone at the moment.

She is very young to get into any kind of love affairs and so on. Moreover, it seems Walton is busy shaping her career.

Genneya’s idol is Beyonce. She prefers dancing on Beyonce’s track Run the World(Girls). Likewise, she is also a fan of singers Banks and Melanie Martinez.

Genneya Walton is a well-recognized American actress as well as a dancer. She is widely famed for her presence in BlackAF as Chloe Barris and Project MC2.

Also, Walton has performed a great role in the movie, Isabelle Dances into the Spotlight.

Genneya Walton was born on 22 February 1999. Presently, her age is 22 years old. Likewise, her birthplace is Chicago, Illinois, the USA.

Not much known about her family, Genneya has not mentioned her father’s and mother’s details. It is reported that Walton has a sister named, Tatiana Walton.

Talking about her nationality, Genneya holds an American identity whereas her ethnicity is African American.

Regarding education, Walton has not mentioned her educational information to the public till now.

From an early age, superstar Genneya Walton was involved in learning dances and so on. She learned acting at the ‘Brooke Byler Acting Studio’. As per sources, Walton had started dancing and acting officially from the early age of 12.

The young rising personality was a starred dancer in some TV shows like Nickelodeon Kids Choice Awards, The X Factor, and the Radio Disney Music Awards in 2012. She also performed the role of ‘Renata’, a rich and spoiled girl tyrannizing the female supporters, in the drama ‘Isabelle Dances Into the Spotlight’. It was the eighth movie in the ‘American Girl’ series.

Genneya raised her career in 2015 after emerging as Terra in the science-fiction action ‘Extant’. Quickly, she got invitation mail from her agent. Eventually, she portrayed the role in the web TV series ‘Project MC2’.

Moreover, Walton performed as Maddy Wayne in the Nickelodeon musical comedy TV series ‘School of Rock’ in 2016. She also performed the role of Francesca Morales in the same year in the “CBS” police-procedural crime drama ‘Criminal Minds’.

In this way, the star has appeared in the role of Bird in the Disney XD adventure series ‘Kirby Buckets’. she has emerged in two episodes of the morning talk show ‘Home and Family’.

Additionally, Walton has emerged in some famous live performances at events and shows like ‘Dizzy Feet Benefit Gala’, ‘Dancescape’, ‘Disney’s Next Big Things’, ‘MDA Make a Muscle’, and ‘The Nickelodeon Kid’s Choice Awards ‘.

The talented personality has earned handsome income from her profession. She started working from her early childhood and has made a good mark in the acting industry.

It is reported that Genneya has an estimated salary of $650 thousand. Hen

However, she has not disclosed her exact salary, earnings, and assets details to the public yet.

A well-known personality, Genneya Walton has never been part of any controversial matter or rumors till now.

The star personality has kept her profile clean. It seems that she wants to enjoy her personal life and does not want to merge it with her public life.

22 years old celebrity, Genneya Walton has not just a beautiful career but gorgeous looks as well as a charming personality. Walton stands at a height of 5 feet and 4 inches.

Moreover, she has a balanced body weight of 45 kg. Also, she wears a shoe size of 5(UK). Additionally, Genneya’s body measurement is 30-23-30 inches (chest-waist-hip) respectively. Her bra size is 28B.

Also, she has brown eyes whereas her hair is black.

About her social media presence, Genneya is an active personality on social media. Walton has more than 183k followers on her official Instagram account @genneyawalton.

She has more than 5.8k followers on Twitter as well.

Moreover, the star is also available on Facebook with nearly 3.5k fans and supporters on it.