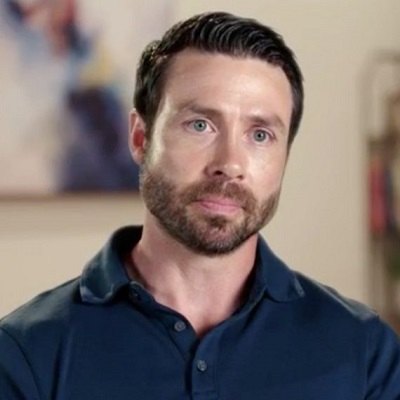 Currently, Geoffrey Paschel is engaged with a Russian radio personality, Varya Malina. The couple first met in the international dating sites. They started bonding with each other through chats and phone calls.

Currently, they are appearing as a couple in the show, 90 Day Fiancé. For her, he has traveled far to Russia from the United States. However, the biggest question is will they be married or be separated.

Previously, Paschel was married to the Candian-Jamaican girl named Brittany. They married in 2014.

Together they had two sons, Cayvan (2015)and Kazhem (2017). They divorced back in 2018 leaving the custody of the children to him. During the divorce, Brittany accused him of domestic violence against her and children. In March 2018, his younger son, Kazhem passed away in March 2018 due to seizures.

Who is Geoffrey Paschel?

American Geoffrey Paschel is a reality TV star. He is renowned as a contestant of the TLC series, 90 Day Fiancé: Before the 90 Days.

He was born in 1978 in Knoxville, Tennessee. He is of British-Irish ethnicity.

Till the date, he has not disclosed the details of mother, father, and education.

In the series, he is featured with the Russian radio personality, Varya Malina as a couple who met through the dating app.

He has an estimated net worth of $800k. He makes through his real estate business.

In June 2019, he was arrested for domestic violence against his ex-girlfriend. Currently, he is facing the charge of including kidnapping, domestic assault, vandalism, and interference with an emergency call.

In the court documents, his ex-girlfriend explained how he dragged with her hair across the home, slammed at her in furniture, and wall that continued for about 30 minutes.

She further added that the event disabled her phone to prevent her from calling others. Next, on the 26th of March, he will be attending the next hearing for the court.

Fans are disappointed when knew the past of the reality TV star. His Instagram post on the 15th of March 2020, he further upset some of the viewers of 90 Day Fiancé: Before the 90 Days.

In the video, he sitting in the pile of toilet paper and beer in the with the brand name Corona. As the world is suffering from the terror of the virus and trying to stock food and household goods, some of the people are not finding the post cool. For the post, they are slamming his back.

Will Geoffrey be out of the show?

The viewers of the show were quite disappointed when they come to know about his past that includes criminal activities like domestic violence, battery, rape, child endangerment, dug, and many more. Also, he is not allowed to enter Canada.

Due to his past, many of the viewers wanted him to quit the show.

Hate to This Level?

Recently, he took his Instagram account to where he posted a screenshot of the message of a girl that includes the message that if he had killed any children who had been under his care.

In the caption, he wrote that he genuinely feels sorry for those people who are supporting her. Also, he mentioned how the death of his son has affected him 24/7.

Geoffrey Paschel has blue eyes with light brown hair. His height is 5 feet and 5 inches with a build body structure.

You may also read the bio, age, family, education, career, net worth, and controversy of Angelina Pivarnick, Paddy McGuinness, and Jax Taylor.