George Conway is married to Kellyanne Conway. His wife, Kellyanne is a pollster and political consultant. She is renowned for serving the administration of Donald Trump as a counselor to the president. 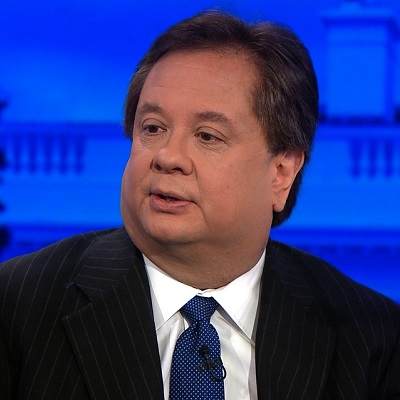 Who is George Conway?

American George Conway is an attorney. Conway is renowned as a Vocal Trump Critic. He was shortlisted candidates to be considered as the Solicitor General of the United States.

He is the founding member and advisor of the Lincoln Project.

George Conway was born on 2nd September 1963 in Boston, Massachusetts. Her birth name is George Thomas Conway III. He is of Scottish-Irish ethnicity with Filipino ancestry.

To date, he has not disclosed the name of her parents. However, his father is an electrical engineer by profession. He used to work for Raytheon Technologies Corporation. Whereas his mother used to be an organic chemist from Philippino lines.

Moving towards his academics, he completed his High School education at the Marlborough High School, Massachusetts. Later, in 1984, he earned a bachelor’s degree from Harvard College in Arts majoring in Biochemistry.

After that, he joined Yale Law School and earned a Juris Doctor degree. At the time, he used to be the editor of the Yale Law Journal.

– In 1987, he started as the law clerk to Judge, Ralph K. Winter Jr. At the time, he used to work at the U.S Court of Appeals for the Second Circuit.

– In September 1988, he joined the law firm, Wachtell, Lipton, Rosen & Katz. Six years later, he became a partner in the firm’s Litigation Department.

– As an attorney, he specializes in litigation including mergers, contracts, antitrust, and securities. During his legal career, he has represented Paula Jones against the U.S President, Bill Clinton. Also, he has debated the Morrison v. National Australia Bank in front of the supreme court.

– Since 2018, he has been actively working for the Anti-Trump campaigns. On 9th November 2018, he and the lawyer Neal Katyal wrote an editorial in the New York Times challenging Trump’s appointment of Matthew Whitaker as the attorney general.

– In November 2018, he formed a group, Checks, and Balances including conservative and libertarian attorneys. In December 2019, he formed a conservative Super PAC, Lincoln Project dedicated to Defeat President Trump and Trumpism at the ballot box.

– On 23rd August 2020 he left the Lincoln Project to devote his time to his family.

As of now, details on his net worth are not available. As a contributing columnist, his earnings are in the range of $29k – $81k.

Talking about net worth, his wife, Kellyanne had an estimated net worth of $39.3 million at the time she joined Trump’s administration.

He has black eyes with black hair. He stands at a decent height and has an average weight. However, details on his body stats are not available.

He has been in the limelight for his Anti-Trump Activism. Also, he has been critical of Trump on Twitter on a personal level. In response to his attack, Trump called him a stone-cold LOSER and husband from hell on Twitter.

During an interview, his wife, Kellyanne defended comments from Trump stating that he is free to respond when he is attacked.

He is active on Twitter with the handle, @gtconway3d with 1.6 million followers.

On the platform, he is following the personalities like Katy Perry, Lionel Richie, and Ken Dilanian.