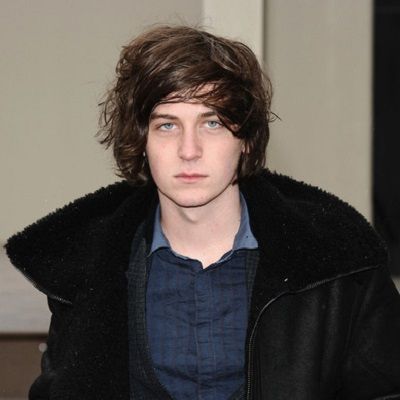 Currently, George is in a relationship. He currently lives in Manchester with his fiancée, blogger Megan Ellaby.

In 2010 he has previously dated actress Emma Watson.

From 2011 until 2015, he was in a long-term relationship with former X-Factor star, Diana Vickers.

Who is George Craig?

George Craig is the English lead singer of the British band One Night Only, and a model for Burberry. He is also an active member of Pint Club.

He started to modeling for Burberry from Spring 2009 and appears in an advertising campaign for Men’s fragrance The Beat for Burberry too.

George Craig was born on the 11th of July 1990 in Essex, United Kingdom. He is around 29 years old. Moreover, his Zodiac sign is Cancer.

Craig’s parents are Louise Craig and Richard Craig and he has one older brother. George moved to Helmsley, North Yorkshire, England at the age of five.

George Craig joined One Night Only in 2003. The band had their first top ten hit with “Just For Tonight” in 2008 and shortly after released their first album, Started a Fire.

The band then took time off to record, during this time they announced the departure of their drummer Sam Ford and that his replacement would be George’s brother James. In May 2010, One Night Only released their first single off their second album, “Say You Don’t Want It”.The video featured Emma Watson, after they met on a Burberry campaign photo-shoot, and was shot in New York.

Craig first modeled for Burberry in 2008 in their Spring/Summer campaign. He also appeared alongside Emma Watson in the 2010 Burberry Spring/Summer Campaign and was also involved in Burberry’s Eyewear Campaign in 2012.

He later modeled for Urban Outfitters. In 2014 and 2015, he modeled for Joshua Kane, starring in the campaign (partly with Diana Vickers) and on the runway shows.

Craig has got brown hair with blue eyes.

You may also like to read about Kim Basinger, Bebe Buell, Julie Anne San Jose.