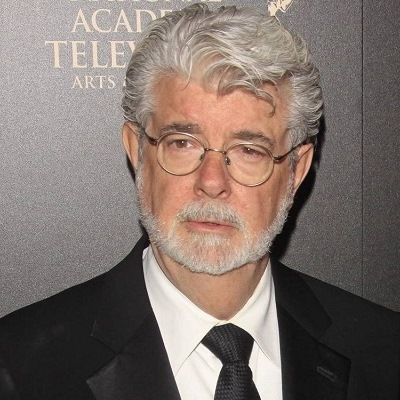 When you're directing, you have to get up at four thirty [A.M], have breakfast at five, leave the hotel at six, drive an hour to location, start shooting at eight, and finish shooting around six. Then you wrap, go to your office, and set up the next day's work. You get back to the hotel about eight or nine, hopefully, get a bite to eat, then you go to your room and figure out your homework, how you're going to shoot the next day's scenes, then you go to sleep. The next morning it starts all over again.

I took over control of the merchandising not because I thought it was going to make me rich, but because I wanted to control it. I wanted to make a stand for social, safety, and quality reasons. I didn't want someone using the name "Star Wars" on a piece of junk.

It's hard work making movies. It's like being a doctor:you work long hours, very hard hours, and it's emotional, tense work. If you don't really love it, then it ain't worth it.

George Lucas married Marcia Lucas on February  22, 1969, and together they adopted a girl, Amanda Lucas. However, this couple divorced in 1983. As a single father, he adopted two children, Katie Lucas, and Jett Lucas.

Moreover, he was romantically involved with singer Linda Ronstadt. He dated Mellody Hobson, president of Ariel Investments and chairperson of Dreamworks Animation, whom he later married on June 22, 2013. They have a daughter, Everest Hobson Lucas born through a gestational carrier on Aug 2013.

Who is George Lucas?

George Lucas is a famous American filmmaker and entrepreneur, who is also known for creating the Star Wars and Indiana Jones franchises and founding Lucasfilm, LucasArts, and Industrial Light & Magic. Likely, he served as chairman of Lucasfilm before selling it to The Walt Disney Company in 2012.

George Lucas was born in Modesto, California, the United States on May 14, 1944. His birth name is George Walton Lucas Jr. and he is currently 75 years old. His father’s name is George Walton Lucas and his mother’s name is  Dorothy Bomberger. He was mostly raised in the neighborhood of the Central Valley town of Modesto. Since his younger days, he was passionate about cars and motor racing. This reflected in his future films as well.

Talking about George’s education history, he attended the Modesto Junior College, where among many other subjects he also studied anthropology, sociology, and literature. It was while in college that he became interested in filmmaking. He later attended the University of Southern California School of Cinematic Arts and obtained a degree in fine arts in film studies in 1967.

In the year 1977, he directed and wrote the American epic space opera film titled, ‘Star Wars Episode IV: A New Hope’. On the following year, he was one of the creators and executive producers of the TV show, ‘Star Wars Holiday Special’. In the year 1979, he produced and co-wrote the comedy-drama film, ‘More American Graffiti’. The next year, he served as the executive producer of the films, ‘Kagemusha’ and ‘Star Wars Episode V: The Empire Strikes Back’.

During 1981, he co-wrote and produced the fantasy adventure film, ‘Raiders of the Lost Ark’ also known as ‘Indiana Jones and the Raiders of the Lost Ark’. That year, he was also the unaccredited executive producer of the film, ‘Body Heat’. In the year 1983, he co-wrote the screenplay for the third film in the ‘Star Wars’ series, ‘Star Wars Episode VI: Return of the Jedi’. On the same year, he was the executive producer of the animated film, ‘Twice Upon a Time’.

In the year 1984, he wrote the story for Steven Spielberg’s fantasy-adventure film, ‘Indiana Jones and the Temple of Doom’. On the following year, he wrote the story for the TV film, ‘The Ewok Adventure’. During 1985, he was the executive producer for the films, ‘Latino’ and ‘Mishima: A Life in Four Chapters’. That year, he also produced the TV shows, ‘Star Wars Droids: The Adventures of R2-D2 and C-3PO’, ‘Ewoks’ and ‘Ewoks: The Battle for Endor’.

Likewise, in 1986, he was the executive producer for ‘Howard the Duck’, ‘Labyrinth’ and ‘Powaqqatsi’. After two years, he was the executive producer for the films, ‘Willow’, ‘Tucker: The Man and His Dream’ and ‘The Land Before Time’. In the year 1989, he co-wrote and produced the Steven Spielberg film, ‘Indiana Jones and the Last Crusade’. This was the third film in the ‘Indiana Jones’ series.

During 1992, he created and developed the American TV series, ‘The Young Indiana Jones Chronicles’, which was aired on the ABC network. After two years, he co-wrote and produced the film, ‘Radioland Murders’. In the year 1999, he wrote and directed the American epic space opera, ‘Star Wars Episode I: The Phantom Menace’. This became the fourth film of the ‘Star Wars’ franchise.

He has an estimated net worth of around $6.4 billion (as per 2019 data) and he has earned that sum of money from his professional career. This filmmaker has earned lots of fame and fortune. He is living a lavish life with huge earnings.

There was a rumor about George that he has been contacted to help polish up the script and contribute ideas to the upcoming finale of Disney’s new trilogy.

George Lucas has a height of 5 feet 7 inches. Additionally, he weighs is 77Kg. George’s hair color is grey and his eye color is dark brown.

Also, read the affair, salary, the net worth, controversy, and the bio of Max Landis, Michael Bay, Jordan Galland