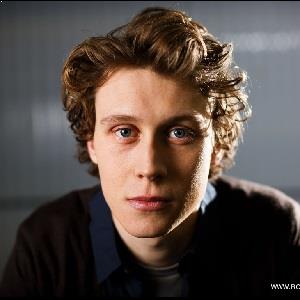 My mum was a costume designer and costume supervisor in the theater and, especially, the ballet. But that was before I was born

My dad used to work in the theater as a stage manager, production manager, and lighting designer.

George doesn’t have any children from any of his relationships and the future of his love-life has not been discussed by him in any of his interviews.

Who is George MacKay?

George MacKay is an English actor mostly known for his role in movies and TV series like 11.22.63, Captain Fantastic and The Outcast At the early age of 13, George landed the part of Riccio in the film adaptation of Cornelia Funke’s best-selling children’s novel, The Theif Lord.

He is the son of Kim Baker who was a costume designer, and Paul Christopher MacKay, a stage/lighting manager. His father is Australian.

George was educated at The Harrodian School which is a private school situated in London and his further educational background is not known.

George’s career in show business started after he was scouted to audition for a role in the family feature at the age of 10. He successfully landed the role of Curly, one of the Lost Boys. After his first part, the road ahead for George was smooth and easy as he then went on to star in numerous movies and television series in his career.

George has more than 30 credits as an actor for his involvement in several movies, television series, and various videos. Some of them include ‘Rose and Maloney’, ‘Peter Pan’, ‘Footprints in the Snow’, ‘The Brief’, ‘Tsunami: The Aftermath’, ‘The Thief Lord’, ‘Johnny and the Bomb’, ‘The Old Curiosity Shop’, ‘Defiance’, ‘The Boys Are Back’, ‘Hunky Dory’, ‘The Devil’s Dosh’, ‘Birdsong’, ‘The Best of Men’, ‘Private Peaceful’, ‘For Those in Peril’, ‘Sunshine on Leith’, ‘Breakfast with Jonny Wilkinson’, ‘Captain Fantastic’ and others. George is an active supporter of Chelsea Football Club.

2013 is regarded as George’s breakthrough year as his roles in different movies in that year were nominated for several awards. He has 4 wins and 6 nominations to his name as an actor. He was nominated for BAFTA Awards in the year 2013 and in 2014, he won the BAFTA Scotland Award in the category of Best Actor/Actress – Film for his part in ‘For Those in Peril’. George has also won EFP Shooting Star, British Breakthrough Award, and the Aluminum Horse and has been nominated for the Empire Award, ALFS Award, British Independent Film Award and more.

George MacKay: Salary and Net Worth

Although the exact net worth of this English actor is not known, his fans believe it to be in millions.

There are no rumors surrounding George at the moment. The show 11.22.63, which he was part of is often regarded as a controversial television show.

George has a comparatively tall height of 6′ (1.83 m). Blessed with an athletic body type and build, George has light brown hair and blue eyes.