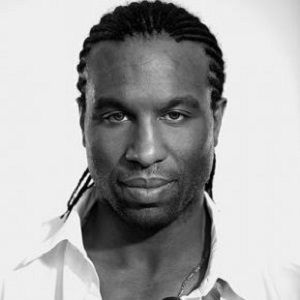 After I saw how badly animals were treated to en up in our plates, how bad it was for our health and for the environment, I decided to stop this nonsense and educate others. After all, animals can’t talk and they need people that have notoriety like me to be their voices

Everything I do I get criticized, but I don't care because that's the stuff I believe in and put my heart in to

My first fight in Hamilton was against Rocky Thompson. Everybody was saying, 'Be careful, he can punch with both hands.' I'm saying, 'Look how skinny he is.' I was cocky. But he beat me. After that fight I said to myself, man, this is going to be a tough job.

What is the relationship of Georges Laraque?

Reflecting on the personal life of Georges Laraque, he is possibly single. There isn’t any information regarding him being in any kind of romantic relationship.

His personal life isn’t in the limelight as his career path is. There isn’t any solid proof that leads toward his married life and children.

He is successfully keeping his personal life far from tabloids. Because of the absence of much information regarding him, his fans are curious to know more about him.

Who is Georges Laraque?

He is a commentator for TVA Sports and executive director of the fledgling Canadian Hockey League Players’ Association.

What are the birth facts of Georges Laraque?

Retired ice hockey player Georges Laraque was born on 7 December 1976 in Montreal, Quebec. He is of African ethnicity and has Canadian nationality.

His parents were both born in Haiti and immigrated to Canada. He has a brother named Jules-Edy Laraque who also plays ice hockey.

Georges Laraque began his career as a professional ice hockey player. He played ice hockey since 1996 and he retired in 2010.

He played two games coming out of retirement on 16 January 2015 joining Norway’s Lokomotiv Fana and again retired. He also became the assistant coach of the Haiti street and ball hockey national team during the 2015 street hockey World Championship in Zug, Switzerland.

Laraque is also an author who has released an autobiography entitled Georges Laraque: The Story of the NHL’s Unlikeliest Tough Guy on 8 November 2011.

On 17 November 2014, he challenged Quebec Women’s cycling champion, Lex Albrecht, to a bike race up Mount Royal which he lost needing medical attention. On 15 October 2016, he co-founded Mentor, a health and fitness company along with Jason Frohlich.

Georges Laraque: Salary and Net Worth

Talking about the rumors and controversy, he suffered controversy when he resigns from CHLPA.

How tall is Georges Laraque?

Georges has a height of 6 feet 3 inches. His body weighs 124kg. He has black hair and black eyes.