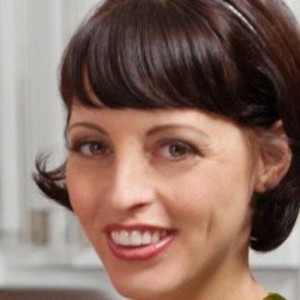 Georgia Hardstark has been married to Vince Averill since March 5, 2016. He is best known for the podcast ‘We Watching Wrestling’. The couple dated for several years before they got married. The couple married in a non-conventional way as they got married without a wedding party.

The couple lived so far away from each other but he helped her to create comic videoes for her YouTube channel.

The couple is currently living in California with their three cats(Elvis, Mimi, and Dottie).

Who is Georgia Hardstark?

Georgia Hardstark is an American television host and podcast personality who is famous for ‘My Favourite Murder’ a podcast she co-created. She is the co-founder of the Exactly Right podcast network along with Karen Kilgariff in 2018.

She was born on June 8, 1980, in California, USA. She was raised in Orange County, CA. Her birth name is Georgia Miriam Hardstark and she is currently 38 years old. Her mother’s name is Janet Hardstark and her father’s name is Martin Hardstark.  She grew along with her sister, Leah Hardstark.

She has not provided information regarding her college and university education.

She was a full-time receptionist before her fame. She along with Ward was discovered after they made a comedy video about creating a McNuggetini. The video became viral and received extensive media coverage.

She wrote a book with Ward and titled it as Vintage Cocktails with a Twist: 75 Traditional and Reinvented Drinks which was released in October 2016, by Page Street Publishing.

She co-hosts a podcast called ‘Slumber Party with Alie & Georgia’ alongside Ward through Feral Audio. The series was aired fullscreen in 2016. She along with Karen Kilgariff co-created the ‘My favorite Murder’ podcast in 2016 and achieved a very high rating on the iTunes comedy podcast rankings, which appeared as high as number one.

She has not revealed any data about her salary and income so it is hard to predict her net worth. She might have millions of dollars collected from her professional career.

There was a  rumor in 2016 that she was pregnant but she denied the rumor, putting into rest.

Georgis has got light red hair and light brown eyes. Other information regarding her height, weight, etc. are not available.