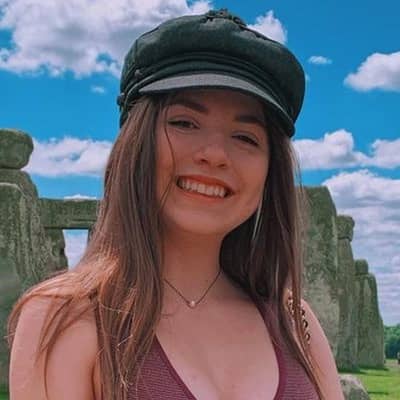 Georgia T. Willow is currently in a relationship with Joshua Carlon. Joshua is an actor who also gives voice to animated characters.

The couple started dating in the year 2017 and are still together. The pair often posts pictures of each other on their respective social media sites.

Who is Georgia T. Willow?

Georgia T. Willow is renowned as an American actress. She is best known for her role as Petra in season two of For the People in the episode of One Big Happy Family.

Georgia was born on February 9, 2001. However, her birthplace is unknown. She holds an American nationality.

The name of her mother is Lorelai Tiarraa Dreanna. Her mother hails from Oregon, Portland. But the identity of her father is under the curtain. She has a sister named Toccoaa Dreanna Willow.

Moving towards her academic history, she attended Connections Academy and graduated in 2019 from high school. Presently, she might be attending College but she hasn’t yet revealed her institution details.

Georgia began her acting career at the age of seven. She made her first debut in acting on a national commercial for Chase bank. At the age of 14, she started to take a class with acting coach Lori Lively.

In 2011, she starred in the action movie drama, Two de Force where she portrayed the role of Jessica. In the same year, she made appearances in various short films like The Lucky One (as Amanda Burks), Passage, Grand Escape (as Young Sarah).

Similarly, she was cast as Anna in the short family drama film, On Dragon’s Wings in 2012. The film features famous personalities like Andrew Beckham, Karla Droege, and Jack Noonan II, and so on.

Some of her notable film and television series are enlisted below,

To date, The actress has not been part of any sorts of rumors and scandals that create headlines in the media. Also, she stays miles away from such controversial acts.

Georgia’s main source of income is her profession as an actress. She might have earned a handsome amount of fortune throughout her profession. But, she hasn’t yet revealed her exact net worth, yearly income, and salary to the public.

Willow stands at the height of 5 feet tall. She has a blonde hair color and a brown pair of eyes. The actress has an average weight but her exact body figure isn’t yet disclosed yet.