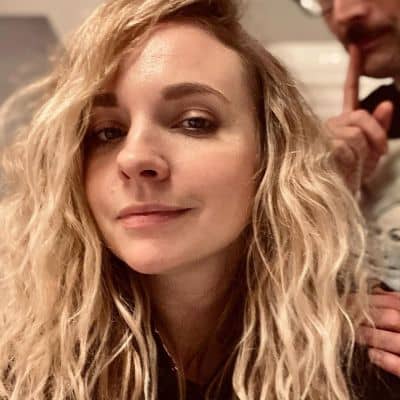 Who is the famous husband of actress, Georgia Tennant?

Reflecting on her personal life, Georgia Tennant is happily married to her husband, David Tennant. He is a popular Scottish actor, tv, and social media star.

They first hit off instantly in 2008 after which they started dating.

Then, they shared an engagement ring in January 2011. Following that, they decided to take their relationship furthermore, via marriage on December 30, 2011.

Altogether they have five children including Georgia’s son named, Ty Tennant from her previous relationships. Later, David Tennant decided to adopt him.

Furthermore, they have four biological children.

On 29 March 2011, they became parents to their first child, son, Olive Tennant.

On 2 May 2013, they welcomed their second child son, Wilfred Tennant.

Then, Georgia gave birth to the couple’s third child, a daughter, Doris Tennant.

Their last and fourth child, a daughter, Birdie Tennant on 13 October 2019.

Who is Georgia Tennant?

George Tennant aka Georgia Elizabeth Moffett is a popular English actress and producer. She is famously known for portraying the role of Abigail, Detective Inspector Samantha Nixon’s daughter in the British police procedural series, The Bill.

Moreover, she has appeared in the Doctor Who episode, ‘The Doctor’s Daughter‘, and the British fantasy drama, Merlin.

The beautiful actress, Georgia, was born on December 25, 1984, in London England. She is 37 years old as of 2022 holding British nationality.

Likewise, she belongs to the English nationality while her birth sign is Capricorn.

Moving on to her family background, she was born to her father, Peter Moffett, and mother, Sandra Dickinson, who are both actors by profession.

She also has half-siblings from her father’s other failed marriages. But their names are yet to be disclosed.

As per her academics, she graduated from St Edward’s School which is in Oxford.

Talking about her professional career, at the age of 15, Georgia made her acting debut by appearing as Nicki Davey in the British drama series, Peak Practice in 1999.

Then she went on to appear in other dramas like The Second Quest, Like Father Like Son, Where the Heart Is, Fear, Stress & Anger, and The Last Detective, from 1999 to 2005.

Afterward, she landed as Jenny, in the BBB series, Doctor Who, in the episode ‘The Doctor’s Daughter‘, along with her future husband, David Tennant in May 2008.

As a voice actress, she voiced the character of Cassie Rice in Doctor Who: Dreamland in 2010. Then, she was cast as junior doctor Heather Whitefield, in the BBC medical drama, Casualty.

Following that, she made a cameo appearance in Thorne: Sleepyhead, a television drama in 2010. She played the character of Emma in White Van Man, the BBC Three sitcom in March 2011.

Giving emphasis to the producing career, she produced the Doctor Who homage anniversary webcast, The Five(ish) Doctors Reboot.

In 2015, she co-starred alongside her husband, David Tennant in the short film, 96 Ways To Say I Love You. The movie screened at the London Independent Film Festival.

Subsequently, in 2017 she made an appearance in two projects, In the Dark, and You, Me, and Him. She is the producer of her husband’s podcast series, David Tennant Does a Podcast With… since 2019.

According to the sources, the beautiful and talented actress, Georgia Tennant has an estimated net worth of about $7 million. This is the outcome of her hard work and savings which has led to her this living lifestyle today.

What are the rumors and controversies about Georgia Tennant?

Georgia Tennant has never been a part of any controversial news. She avoids appearing in unwanted scandals and rumors and keeps her life away from media attention and the limelight.

Heading towards her social media presence, Georgia Tennant is pretty active on it. She owns an Instagram account under the username, @georgiatennantofficial having more than 263K followers.

On top of that, there is an official Facebook page under her name, which is enriched with over 1K followers.

What are the body features of Georgia Tennant?

The Five(ish) Doctors Reboot, a producer, stands at the height of 5 feet 1 inch weighing around 65 Kg. Regardless, there is no proper info on her body dimensions which includes her bust, waist, and hips sizes.

Moreover, she has a pair of brown eyes and blonde colored hair.