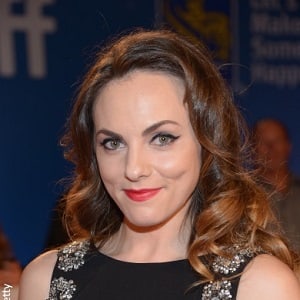 What is the relationship of Georgina Reilly?

Georgina Reilly is a married woman. She is married to actor and filmmaker Mark O’Brien. The pair married on 6 January 2013.

They met while filming ‘Republic of Doyle.’ Their marriage is going strong as there is no news regarding any extramarital affairs at present.

Who is Georgina Reilly?

Georgina Reilly is a Canadian actress. People mostly know her for her roles in movies and television series including ‘Pontypool’, ‘This Movie Is Broken’, ‘The L.A. Complex’, and ‘Murdoch Mysteries’ among others.

How many siblings does Georgina Reilly have?

Reilly was born in Guildford, the United Kingdom on February 12, 1986.

She was born to parents David T. Reilly and Frances Reilly. Her grandmother Tommy Reilly is a famous Canadian musician.

Reilly’s mother works in production and her father is a writer and composer.

Additionally, she has an older brother who is a DJ. Georgina is of Canadian and British nationality. Furthermore, there are no details available about her ethnic background at present.

Reilly initially appeared in the TV series ‘Beautiful People’ in 2006. Additionally, in 2007, she had roles in ‘Terry Southern’s Plums and Prunes’ and ‘The Dark Room.’ Georgina played the role of Laurel-Ann Drummond in the movie ‘Pontypool’ in 2008. Since then, she has appeared in numerous other movies and television series. All in all, she has over 25 credits as an actress.

Furthermore, some other movies and television series that Reilly has appeared in are ‘There’s… Johnny!’, ‘Murdoch Mysteries’, ‘Blindspot’, ‘Stitchers’, ‘Paradise Pictures’, ‘Heartland’, ‘Saving Hope’, ‘Bodyslam’, ‘Stag’, ‘The L.A. Complex’, ‘Murdoch Mysteries: The Murdoch Effect’, ‘Eddie: The Sleepwalking Cannibal’, ‘Republic of Doyle’, ‘My Babysitter’s a Vampire’, ‘Majority Rules!’, ‘Unnatural History’, ‘How to Be Indie’, ‘Valemont’, and ‘Overruled!’ among others.

Reilly has not been linked with any award nominations in her career.

Reilly has not revealed her current salary. However, she has an estimated net worth of around $ 2 million at present.

Reilly has not been part of any notable controversies in her career. Furthermore, at present, there are no rumors concerning her life and career.

How tall is Georgina Reilly?

Talking about her body measurement, Reilly has a height of 5 feet 2½ inches (1.59 m). Additionally, she weighs around 48 kg. She has a body measurement of 36-22-33 inches. Furthermore, her hair color is dark brown and her eye color is green.

Jonny Harris, 43 rumored to be gay!! As he is not married, has no girlfriend. Are the rumors true?