Geraldo Rivera is a reporter, attorney, and former TV host.

Geraldo Rivera is married up to fifth times up to now. He is now married to Erica Michelle Levy. They are together since August 10, 2003. The couple welcomes their daughter, Sol Liliana who was born in 2005.

Before, he was first married to Linda Coblentz in the year 1965. But the couple gets divorced in 1969.

Likely, his third wife was Sherryl Raymond. They were together from December 31, 1976, to the year 1984. They also have a son, Gabriel Miguel together born in July 1979.

After that, he was married to Cynthia Cruickshank Dyer on July 11, 1987. The couple also has their daughter, Isabella Holmes born in 1992 and another daughter, Simone Cruickshank born in 1994. Though staying together for a couple of years, they get divorced in 2000. 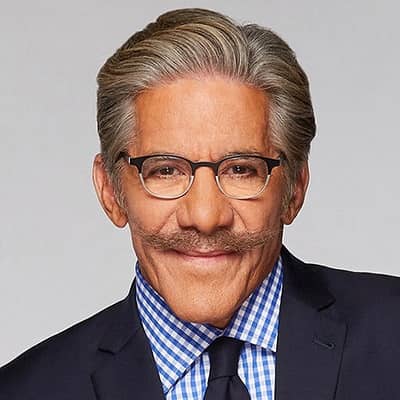 Never take a job where winter winds can blow up your pants.

Mother Nature may be forgiving this year, or next year, but eventually she's going to come around and whack you. You've got to be prepared.

The courage in journalism is sticking up for the unpopular, not the popular.

Who is Geraldo Rivera?

Geraldo Rivera is an American reporter, attorney, and former television host. He has also written books.

Geraldo is known for hosting the tabloid talk show Geraldo from 1987 to 1998.

Moreover, He has also hosted on the newsmagazine program Geraldo at Large, hosts the occasional broadcast of Geraldo Rivera Reports.

He has two siblings a sister Sharon and a brother Craig. He holds an American nationality and is of mixed(Puerto Rican, Russian-Jewish) ethnicity.

Rivera has his schooling from West Babylon High School. From 1961 to 1963, he attended the State University of New York Maritime College.  Afterward, he transferred to the University of Arizona where he graduated with a B.S. in business administration.

Rivera then studied at Brooklyn Law School in the year, 1966. As a law student, where he had his internships with the New York County District Attorney. In summer 1969, he also receive a Reginald Heber Smith Fellowship in poverty law at the University of Pennsylvania Law School.

He hasn’t much journalistic experience and so ABC arranged introductory broadcast journalism for him in 1970. It was held under Fred Friendly in the Ford Foundation-funded Summer Program in Journalism at the Columbia University Graduate School of Journalism.

Geraldo has his first reporter work from New York. After then, he has also won many awards and accolades for performing his duties as a journalist now.  This also includes the Kennedy award for journalism.  He has taken the interviews of many famous personalities which also includes late Michael Jackson.

Rivera started his production and hosting career in the year 198. He worked at the daytime talk show, Geraldo. The show was aired up to 11 years. Also, From 1994 to 2001, Rivera hosted Rivera Live, a CNBC evening news and interview show which aired on weeknights.

He left CNBC in November 2001 – two months after the September 11 terrorist attacks – and become the Fox News war correspondent. During a Fox News broadcast, he started disclosing an upcoming operation, even going beyond to drawing a map in the sand for his audience.

On January 3, 2012, he started hosting a weekday radio talk show on WABC in New York, N.Y. The show is scheduled in the two hours between Imus in the Morning and The Rush Limbaugh Show on WABC.

On January 30, 2012, he also started hosting a weekday show on KABC in Los Angeles. He hosts the newsmagazine program, Geraldo, at Large and appears regularly on Fox News Channel.

Furthermore, Geraldo has also written a number of books.  He authored six books from 1972 to 2009.  His first book is published by the Vintage Books of New York in the year 1972.  The title of the book is “Willowbrook”.  A number of people like his work and he earned a good place as an author.

Being one of the successful personalities, his net worth is $15 million.

He currently resides at the 1.4 landscaped acres mansion with six bedrooms, six full and two half bathrooms. He has a Bentley car.

There were different controversies that arose in early 2003.

While traveling with the 101st Airborne Division in Iraq, he disclosed an upcoming operation on a Fox News broadcast. Then, Rivera was expelled from Iraq and the military immediately issued a firm denunciation of his actions. As they tell that their operation is at risk by revealing it.

After two days of it, he said that he would report the Iraq conflict from Kuwait.

Geraldo Rivera stands with a height of 5 ft 9 inches weighing 78 kg. He has grey-colored hair and dark brown colored eyes.

Geraldo grows a thick mustache and usually wears specs. Likely, he has a tattoo on his left and right upper arm.

Also, get to know the bio of another journalist like Adam Fleming, Joe O’Brien, Anne Thompson, and Diana Perez.