He thought that she was the prettiest girl he had ever met. Similarly, she is the younger sister of San Francisco Giants shortstop Brandon Crawford.

Their wedding ceremony was held in Newport Beach, California attended by their family members in a private ceremony- where 24 people appeared. On their wedding, Amy wore a beautiful gown featuring lace appliqués on the illusion back while the bridesmaids appeared in navy dresses.

They had a six-tier cake with a classic design. But an unfortunate situation occurred during the wedding which was the gown of Amy ripped off. She was thanking people for attending her wedding when her gown ripped off. But the situation was controlled by her planner who quickly sewed her dress back. 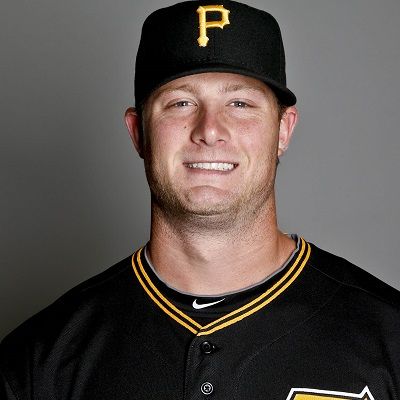 There's going to be ups and downs throughout the whole year. You can't get frustrated

I had a great time at school. The experience was quite fulfilling, especially going to the World Series

I try to show up and do my job and get my work in every day, keep pressing forward.

Who is Gerrit Cole?

Gerrit Cole is an American professional pitcher for the Houston Astros of Major League Baseball (MLB). Previously, he pitched in MLB for the Pittsburgh Pirates.

Gerrit was born on 8th September 1990 in Newport Beach, California. He was born to father Mark Cole and mother Sharon Cole. Cole is the elder child and his younger sister’s name is Erin Cole.

His father was a fan of the New York Yankees and grew up in Syracuse, New York. Similarly, he was inspired by Yankees legend Hall of Famer Lou Gehrig and retired pitcher Mariano Rivera.

He belongs to American nationality.

For high school, Cole attended Orange Lutheran High wherein the sophomore year he pitched for the junior varsity baseball team. In his junior year, he gained national attention while pitching for the varsity team.

Similarly, he was named to the USA Today All-USA high school baseball team. He was rated the 17th-best prospect available in the 2008 Major League Baseball draft by Baseball America.

In his senior year, he was selected by New York Yankees in the first round with the 28th overall selection, of the 2008 Major League Baseball draft. In the freshman year of college, his team made him the Friday night starting pitcher.

He was traded to Houston Astros on 13th January 2018. Later on 29th April 2018, he struck out 12 hitters in a game against  Oakland Athletics and made a win. On his 29th birthday on 8th September 2019, he became the second pitcher ever to strike out 14 or more hitters in three consecutive games.

Gerrit has an estimated net worth of $15 million which includes his annual income and personal investment. He signed a 1-year contract with the Houston Astros worth $13,500,000 which was guaranteed.

He purchased a luxury house in the year 2016 for $0.9 million. They reside in the house which is in Newport Beach, a coastal city in Southern California. Similarly, he has three luxury cars.

He has a tall height which is around 6 feet 4 inches and weighs about 109 kg. Likewise, Gerrit has brown color hair and hazel color eyes.