Radio show host of the longtime morning program for WEEI-FM. 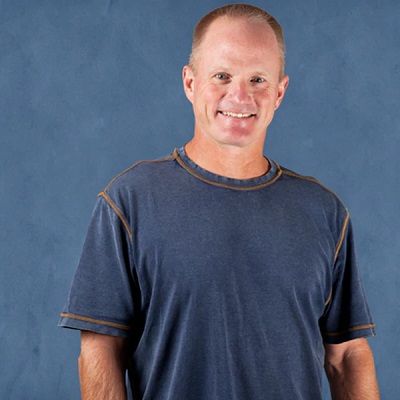 Gerry Callahan is married to Tracy Callahan. Together they have a child, Jackson Callahan. He has not disclosed their marriage date.

He is living happily with his family.

Who is Gerry Callahan?

Gerry Callahan is a radio show host of the longtime morning program for WEEI-FM. He is the writer for Sports Illustrated for the 1996 Summer Olympics.

Similarly, he is the actor of Shallow Hal and Stuck on You.

Gerry was born in Boston, Massachusetts, United States. He is the son of Gerry Callahan Sr. and Irene M. Callahan. He has not disclosed his siblings.

Gerry is the host of a longtime morning program for WEEI-FM. It is a sports radio station in the Boston market. In 1983 he started his career as a sports reporter for The Sun in Lowell. In the year 1989, he worked in Boston Herald.

From the year 1994 to 1997, he was the writer for Sports Illustrated including coverage for the magazine’s daily edition for the 1996 Summer Olympics.

Callahan appeared as himself on the 2006 TV series The Top 5 Reasons You Can’t Blame.

He was part of the movie Stuck on You which made box office collection of $65.8 million.

Gerry became part of controversy on 29th September 2003 when he made racist comments on his segment. He and his co-host John Dennis were discussing the escaped gorilla. That gorilla had escaped from the Franklin Park Zoo.

In the comment, he compared the gorilla to All-American children. He was suspended for two days and it was extended to two weeks.

Callahan took a leave when he had to undergo throat surgery. But there were rumors that his absence was a contract negotiation ploy.

Gerry has brown hair and blue eyes. He is 5 feet 6 inches tall and has decent weight.