Skip to content
Married Biography
Married Biography / Entertainment / Get to know about the popular NBC journalist Jackie Nespral's secret to success! About her wife and other personal details 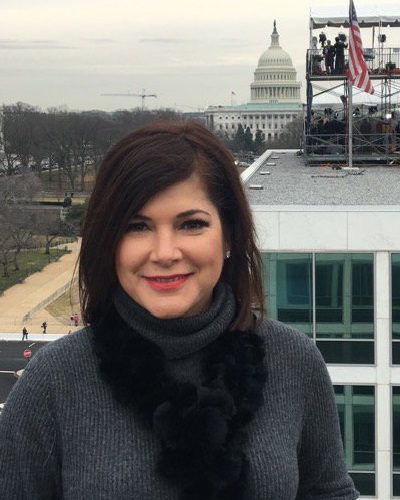 From the bottom on the way to the top

Not everyone has an easy way to the top, and neither did Nespral. Nespral joined Univision as a spokesmodel for Sabado Gigante.

After working with various channels such as the Cuban-American channel, Television Marti, CNN’s Miami affiliate, Dynamic Cablevision, and The Today Show, she is currently working as a 5 pm,5:30 pm, 6 pm, and 11 pm newscasts anchor for WTVJ-TV station, NBC related station in Miami. She is also popular for being the first Hispanic American news anchor on NBC’s ‘Today’.

Move on with social media

Unlike other reporters, Nespral is fond of social media. Nespral never misses sharing the behind-the-scenes of her news.

With thousands of followers on social media, Nespral is found to be sharing various videos as well as many pictures so that everyone is well informed about what is going on behind the television box.

Her recent coverage has been about the Hurrican Irma which has been causing chaos in Florida. After all, the people who are active and share about what is going on get a number of followers on their social media.

She is always up-to-date on her Twitter and Facebook along with the news. Her recent coverage has been about the Hurrican Irma which has been causing chaos in Florida.

After all, the people who are active and share about what is going on get a number of followers on their social media. She is always up-to-date on her Twitter and Facebook along with the news.

A little less about personal life

Although Jackie is quite active in her professional life, she has tried to keep her personal life secret from the public. However, she has mentioned her wish of being like Barbara Walters for her 7 years in an interview.

And we can say that she is quite determined about this career and may soon be the next Barbara Walters. The only other information about her private life is that she is married to her childhood love- Armando

The only other information about her private life is that she is married to her childhood love-Armando Hassun, who is as successful as Nespral but in a different field. He is an anesthesiologist.

Hassun had Nespral’s heart since the age of 14. We hope for this nearly 4-decades long relationship to last longer than this.

This sweet couple has 4 children (3 daughters and a son): Frances, Carolina, and Isabella, and one son named Armando Jr.

You may also like to read The classy reporting and presentation by Christa Delcamp – the Emmy nominated reporter of NBC 10 Boston!

While we talk about her family, there is another person that she regards as her husband, a working husband, who is none other than her work partner-Jawan Strader.

No one can deny the great teamwork between these two. And teamwork is very much important for success.

Age is a not a problem

Born in 1966, Nespral is now 51 years old but she never lets this aging her express herself in front of others. She works as efficiently as those in their 30s. And we get to see her working much healthily in the future.

Nespral doesn’t need to prove to anyone about her intelligence. Even if she had to, she has a number of awards proving how good she is at her work.

Jackie has received four Emmy Awards, an Easter Seals award, and an honorable mention from the American Women in Radio and Television organization during her television news career along with the key to Miami and a Resolution of Tribute from the University of Miami.

Also read MSNBC anchor Stephanie Ruhle’s relation with Kevin Plank! Who is she married to?

Jackie Nespral is an American anchorwoman for WTVJ-TV. Along with her career in journalism, she is also a board director member for the March of Dimes organization, a non-profit organization working to improve the health of mothers and babies, and the University of Miami. She is also a part of the Columbia Women’s Center, the Child Development Center, and the Amigos For Kids organization. More Bio…

Get to know about the popular BBC journalist Sophie Raworth career in BBC! About her husband, children and other personal details
Tags : Anchorwoman journalist NBC WTVJ-TV