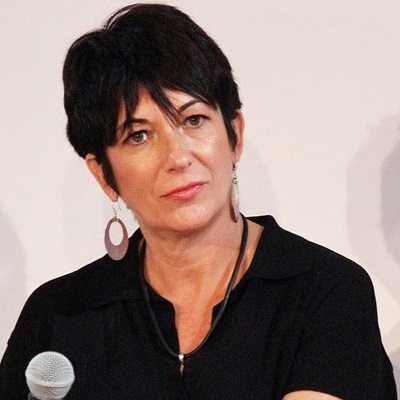 Previously, she was in a relationship with Jeffrey Epstein who was a financier by profession. They first met in the early ’90s at an elite party in New York. Later, the meeting out a romantic turn of event.

Despite more than a decade of relationship, they had a quite complication relationship as Ghislaine is accused to be the one who is responsible for recruiting under-aged girls for Jeffrey. However, she was considered as his main girlfriend. On 10th of July 2019, Jeffrey committed suicide in the prison cell.

Who is Ghislaine Maxwell?

British Ghislaine Maxwell is a socialite. She is renowned for being a cooperator of the sex offender, Jeffrey Edward Epstein.

She is the founder of The TerraMar Project. Last, on the 2nd of July 2020, the FBI arrested her for the alleged crimes from her hideout at Bradford, New Hampshire.

Ghislaine Maxwell was born on the 25th of December 1961 in Maisons-Laffitte, Ile-de-France.

Her British father, Robert Maxwell was a media person and fraudster whereas her French mother, Elisabeth Jenny Maxwell was a researcher by profession.

She is the youngest among her eight siblings including Christine, Isabel, Kelvin, and Ian Maxwell. They are of British-French ethnicity. They grew along with her siblings with a luxurious lifestyle including 53 rooms mansion at Buckinghamshire.

Talking about the educational background, she graduated from the University of Oxford. Before that, she joined Marlborough college in Marlborough. Later, she also joined Balliol College in Oxford.

Back in the ’80s, she established herself as an important member of the elite social circle. Moving forwards, she established the women’s club Kit-Cat Club. Also, she became the director of her father’s company, Oxford United Football Club.

Later, Ghislaine Maxwell was involved in her father’s business ventures like The European and New York Daily News as her father’s emissary.

After the death of her father, in 1991, she moved to the United States. After that, she worked as a real estate agent. However, she was active in the social ground that includes business personalities like Ivanka Trump, Adnan Khashoggi’s son that turned her to be a famous socialite in a very small time. However, she retreated from attending any social events.

Also, she is involved in the non-profit organization, The TerraMar Project as a founder.

As of 2020, she has an estimated net worth of $20 million. Back in 2015, Epstein-controlled corporation sold New York City Townhome worth $15 million. She owns a certain portion of the sales. Besides that, she also owns property in England too.

As per the FBI’s indictment release, they found more than 15 bank accounts that were linked to Ghislaine. The total balance was found to be $20 million to a minimum.

Her name first came in the spotlight back in 2015. At that time, Jane Doe 3 (a.k.a. Virginia Giuffre) accused Maxwell and Epstein of forcing her to provide the sexual services. Further, she added they groomed and trafficked her along with other underage girls and used them at the sex parties hosted by Epstein.

Later, more such cases came in limelight when other victims of Ghislaine and Epstein started filing cases against them that include a battery, sexual assault, and rape.

Later, on the 6th of July 2019, Epstein was arrested whereas Maxell is hiding since. However, FBL arrested her on the 2nd of July 2020 from the 156-acre estate in Bradford, New Hampshire.

Ghislaine Maxwell has brown eyes with black short hair. She has a decent height and weight. However, details about her body stats are not available yet.

You may also read the bio of James Matthews, Wendie Malick, and Rory Farquharson.