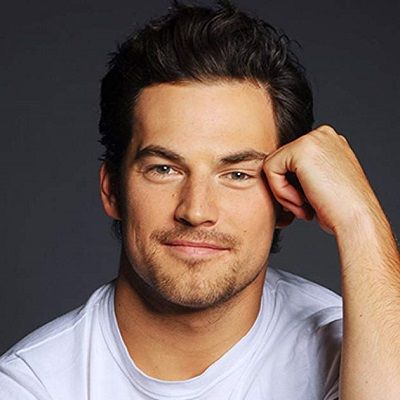 He is happily married to Nichole Gustafson. His wife is a makeup artist. They engaged on 25th November 2017 and were married on 28th April 2019 in Italy.

He announced his marriage via Instagram and thanked his team for the incredible wedding. He and his wife are usually spotted together in Toronto, Canada.

Who is Giacomo Gianniotti?

He is a bilingual actor and works in English and Italian movies. He is known for his movie The Secret Life of Marilyn Monroe.

At present, he is in a recurring role in Grey’s Anatomy.

Giacomo Keaton Gianniotti was born on 19th June 1989 in Rome, Italy. His parents are Mr. and Mrs. Giorgio Gianniotti. They are of Italian-Candian ancestry.

When he was young the family emigrated to Canada. He spent his childhood between Canada and Italy.

He attended high school at Cardinal Carter Academy for the Arts in Toronto, Canada. He then graduated from Humber College’s Theatre Program in Canada.

Giacomo appeared in both Canadian and Italian films and on television. His first film was Giulio Base’s feature film featuring Shelley Winters and Vittorio Gassman which was shot in the “Cinecittá” film studio in Rome.

In the year 2015, he played the role of Jimmy Dougherty in The Secret Life of Marilyn Monroe. He was also in the 2016 movie Race.

In the year 2010, he guest-starred in an episode of the Italian television series Medicina Generale. Similarly, in 2013, he appeared on television shows like Beauty & the Beast and Copper.

He appeared in several episodes of Murdoch Mysteries. From the year 2015, he has been playing the role of Dr. Andrew DeLuca in Grey’s Anatomy.

He has a huge fan following for his role in Grey’s Anatomy.

He grew up loving Toronto sports teams and is a huge supporter of the Toronto Raptors, the Toronto Maple Leafs, and the Blue Jays.

Similarly, he would party downtown when the Raptors won the championship. Not only that, he still posts stories of the games on Instagram when he is in Toronto hanging out with friends, showing off his Italian-Canadian culture, and helping out with Canadian-owned businesses.

As of 2022, Grey’s Anatomy actor Giacomo has an estimated net worth of $800 thousand. He earns $200k US approximately as a TV actor.

He and Nichole have invested about a million dollars in a bungalow in Sherman Oaks, California. It is a home that he has recently overhauled.

It is not very big and the humbly proportioned three-bedroom and two-bathroom residences are substantially smaller than the average home in America.

Giacomo Gianniotti has auburn hair and hazel eyes. His height is 5 feet 11 inches and weighs around 84kg.

You may also read the age, parents, career, net worth, and body measurements of Mark Gordon, Ryan Debolt, and Teddi Siddall.