Actor Giancarlo Esposito is a father of four.

Moving towards his personal life, the 63 years old prominent actor is a divorced man.

Previously, he was a married man. He is married to Joy McManigal in 1995.

They were very happy living their life with their four daughters. But they suddenly got separated and hasn’t publicized about it yet. 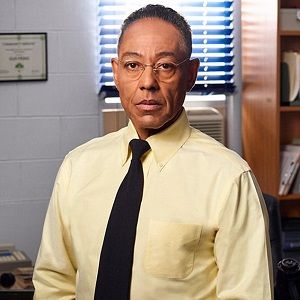 I first felt successful when I was 13 and in a show called "Seesaw". I came offstage and heard the applause of the theatre audience and felt a sense of accomplishment. Around that time, my role model for success was Burt Lancaster. He was one of the first actors in Hollywood to start his own production company, and I respected him because he created something he believed in. Nowadays, I look to spiritual people, such as Mother Teresa and the Dalai Lama, since I'm always asking myself, "What do I have to give?"

I'm getting my star on the Hollywood Walk of Fame, but I feel like my career has just begun. I'm in a place now that I can accept the love and accolades that come with that star. But more than anything it represents a new beginning for me. Now I feel like I can pick up the pace

I said to [Vince Gilligan] It's got to be something different but it has got to be real. Look at what I do as Gus. I've developed this thing where I button my buttons, I look pretty dapper and I fix my tie. And we both stopped and looked at each other, and we were off and running with an idea that proved to be probably one of the most visually satisfying and most gratifying deaths in film history

Who is Giancarlo Esposito?

Giancarlo Esposito is an actor as well as a director. His real name is Giancarlo Giuseppe Alessandro Esposito and belongs to American society. He has played  Gustavo Fring on the AMC show as well as Better Call Saul.

He has also appeared in prominent movies like Do the Right Thing, School Daze, Mo’ Better Blues, Fresh, Harley Davidson and the Marlboro Man, The Usual Suspects.

Giancarlo Esposito was born on 26th April 1958 in Copenhagen, Denmark. He is the son of mother Elizabeth Foster and father Giovanni Esposito.

His mother works as a nightclub singer and his father was an Italian stagehand as well as a carpenter.

He has attended Elizabeth Seton College in New York. From there he had earned a two-year degree in radio and television communications.

While moving towards the professional life of Giancarlo, he has started in the year 1966. This year he was at the age of 8, where he had made his Broadway debut.

Then he had appeared in films such as Taps, Maximum Overdrive, King of New York, and Trading Places as well as performed in TV shows such as Miami Vice and Spenser: For Hire during the period of the 1980s.

He had the smash-out role as the leader of the black fraternity, exploring color relations at black colleges in 1988. For the next four years, he had merged on three other pictures like Do the Right Thing, Mo’ Better Blues as well as Malcolm X.

Then he had played FBI agent Mike Giardello on the TV crime drama Homicide: Life on the Street. In this movie, his role drew from both his African American and Italian ancestry.

He had also played the film roles of Darryl in Trouble on the Corner and Charlie Dunt in Nothing to Lose in 1997. Likewise, he had also simulated in the movies like  Cassius Marcellus Clay, Sr. in Ali, and Miguel Algarín and a friend in 2001.

In 2006, he had played in Last Holiday as Senator Dilling’s, alongside Queen Latifah and Timothy Hutton. Then he had appeared in seasons 2 through 4 of the AMC drama Breaking Bad, as Gus Fring from 2009-2011.

When he started getting older, his energy had decreased, and started appearing as a guest in the episode entitled “Digital Estate Planning”.

Similarly, he had reprised his role as Gus Fring in the Breaking Bad prequel series, Better Call Saul in 2017. And recently he is working on The Long Home movie.

Additionally, he has also been nominated for many categories but has gained only two titles. He has won Best Supporting Actor in a Drama Series in 2012 and Best Cast in 1995.

Through his hard work in his professional life, he has earned a net worth of $8 million. Besides this, he hasn’t mentioned his salary on social sites.

So far, there are not any desperate rumors regarding his personal and professional life. Moreover, he has never faced any controversy in her career to date.

Moving towards his body measurements, he has maintained his height of 173cm and weight of 63kg. His hair color is black and his eye color is light brown.