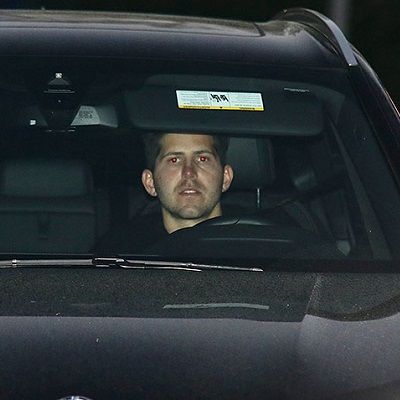 Gianni Giannulli is currently single. He has not disclosed his past relationship as well.

Who is Gianni Giannulli?

Gianni Giannulli is the founder of The Smart Co, the breakfast protein pastry company. He is a star kid and businessman.

He is the son of the founder of American lifestyle sportswear Mossimo Giannulli.

Gianni Giannulli was born in Laguna Beach, California. He is the son of Mossimo Giannulli. His father is an American fashion designer. Similarly, he has not revealed his mother.

Similarly, he has a step-mother Lori Loughlin. Mossimo and Lori married in 1997. He has two half-sisters, Isabella Rose and Olivia Jade. His grandparents are Gene Giannulli and Nancy Giannulli. Gene was an architect and Nancy was a homemaker.

Likewise, his ethnicity is Italian. He has not disclosed his education.

Gianni is the founder of The Smart Co. This company bridges the gap between the fuel of body need and indulgent treat. In the year 2019, he introduced the world to a protein toaster pastry with all of the nostalgic indulgences.

Their product Smart Tart is packed with 8 gm of protein per tart, Smart Tarts have 50% less sugar than the average toaster pastry.

The estimated net worth of Gianni is $500 thousand. He earns from his company The Smart Co. Likewise, he has a black car.

Giannulli has not been part of any rumor and controversy. But his father and step-mother were arrested on 12th March 2019. They were arrested in connection with their alleged involvement in a nationwide college entrance exam cheating scandal. It was regarding the admission to USC.

Mossimo and Lori were released after paying $1 million. After his father was released he arrived at the Loughlin home. He was photographed visiting his father.